Angela Guy lived in Ghana, Africa for a year 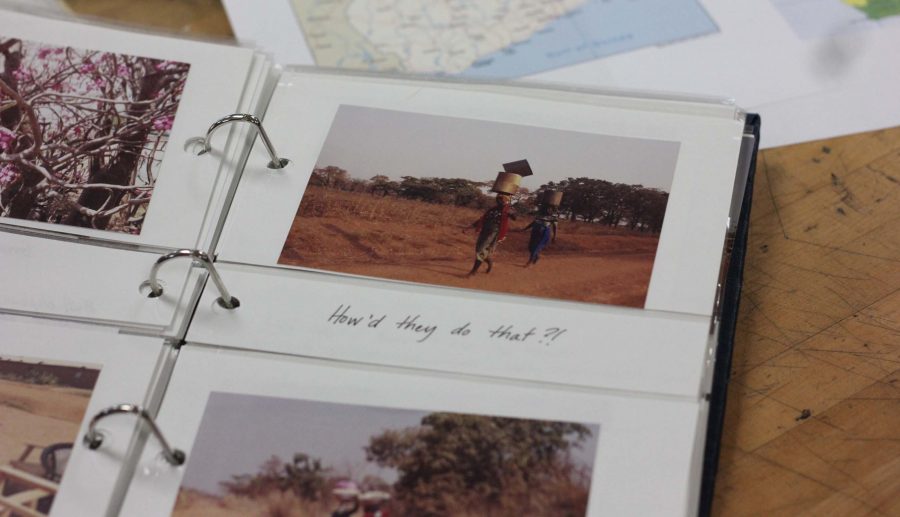 A scrapbook of memories

Angela Guy climbed into a packed, old, broken-down van, known as a ‘tro-tro truck’, and took an eight- hour road trip to where she would spend the next year of her life. Children crowded into a stifling concrete classroom as they prepared to learn about art with their new teacher from a foreign land called America.

“My classroom had no tables, no chairs, nothing,” Guy said. “It was just concrete floor. The students were expected to bring their own chairs, and they would take them from class to class.”

After weeks of intense training in the U.S. Peace Corps, Guy readied herself as a volunteer art teacher in Ghana, Africa. Even though she prepared herself, she had no idea of the intense cultural barriers that divided Ghanaian culture and her own. Guy faced many cultural differences during her time in Africa, including not having running water or air conditioning.

As one of the only Americans in the group, Guy found it difficult to adapt to cultural norms such as having to walk across the street to use the bathroom and not having an easy access to medications or even certain foods.

“It would be very frustrating, because in the States we’re used to things happening pretty quickly,” Guy said. “You had to learn to be very flexible about things and just kinda roll with the punches.”

Guy learned a lot about the day-to-day life of a Ghanaian citizen. For example, a lot of women in Ghana do “head carrying,” a balancing act in which they use to carry large loads of items such as 6-foot stacks of wood or a sewing machine. She also encountered an unexpected situation with the local wildlife.

“We were all in the swimming pool,” Guy said. “Next thing you know we turn around and there’s about six elephants 20 feet away from us.”

The infinite amount of nature and vast cultural differences in Ghana shaped the way Guy teaches today and influences how she incorporates culture into the art projects with her students. Guy’s experience in Africa helped bridge the gap between Ghanaian culture and her own and how she views the world.

“I try with a lot of the art projects learn about different cultures and different places,” Guy said. “It has made me much more eager to share the world with my students.”