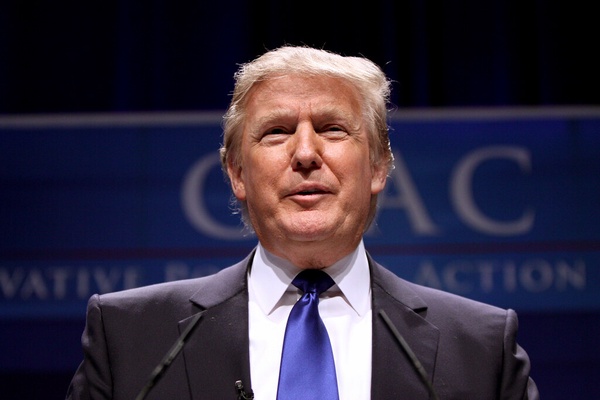 “Donald Trump” by Gage Skidmore is licensed under CC BY-SA 2.0

As the resented year of 2020 endlessly draws on, more and more incidents entailing the global pandemic break world news each and every day. However, these issues magnify to greater volumes with the election approaching in a matter of months. President Donald Trump has set out to serve his second term, and has done many questionable things in the process.

One of the most recent concerns, an audio recording of Trump in an interview, conducted by Bob Woodward with The Washington Post, sheds light on the issue of preserving voters when their best interest is not at heart.

Woodward, most well known for exposing former President Richard Nixon of Watergate back in 1972-1974, published his book titled Rage in which he talks about Trump’s scandals throughout his presidency. The book highlights his actions in light of an economic disaster, racial unrest, and a global pandemic.

“It [COVID-19] goes through air, Bob, that’s always tougher than the touch,” said Trump in the February 7 call. “This is deadly stuff.”

Recognizing the magnitude of the situation at hand can determine how well one goes about it. When Woodward conducted the interview, Trump had known COVID-19 could potentially tarnish the state of the world, causing hundreds of thousands of deaths and changing the flow of everyday life.

Later in the interview, however, Trump makes his plans on what to do about the virus very clear.

“I wanted to always play it [COVID-19] down,” said Trump. “I still like playing it down, because I don’t want to create panic.”

Back in February, the number of COVID-19 cases the United States had resided in the double digits, without one death. However, as the months went on, the U.S. accumulated a grand total of 6.87 million cases, with 200 thousand deaths as of September 23, 2020.

Had President Trump taken early action against a potential pandemic, many of those people may still have their lives today. For instance, Trump could have acknowledged the severity of the virus in the public eye before the lockdown.

Throughout various press conferences, Trump can be heard saying “It’s like a miracle. It will disappear,” and “This is gonna go away without a vaccine,” even after the interview with Woodward.

His tame and reaction, likely caused by the upcoming election, has managed to harm the entirety of the American population in one way or another. A president’s performance during an election year proves vital to their reelection campaign.

Trump disbanded The Global Health Security and Biodefense Unit in 2018. Started under the Obama administration in 2015, this unit would have taken the necessary precautions in minimizing the spread of the virus.

The Global Health Security and Biodefense Unit specifically specializes in pandemic preparedness. Although no one in 2018 could have possibly known that a pandemic was on the way, by disbanding those units which specialized in pandemic preparation, Trump provided America with little to no backup for a worst case scenario.

All in all, Trump’s reaction, or lack thereof,  to the pandemic has caused a divide in America that we have seen before. The unconditional loyalty of his supporters and those who refuse to take precautions have partially contributed to the rapid spread of the virus. Hopefully, America can soon have its period of unity where everyone comes together in light of a conclusion.