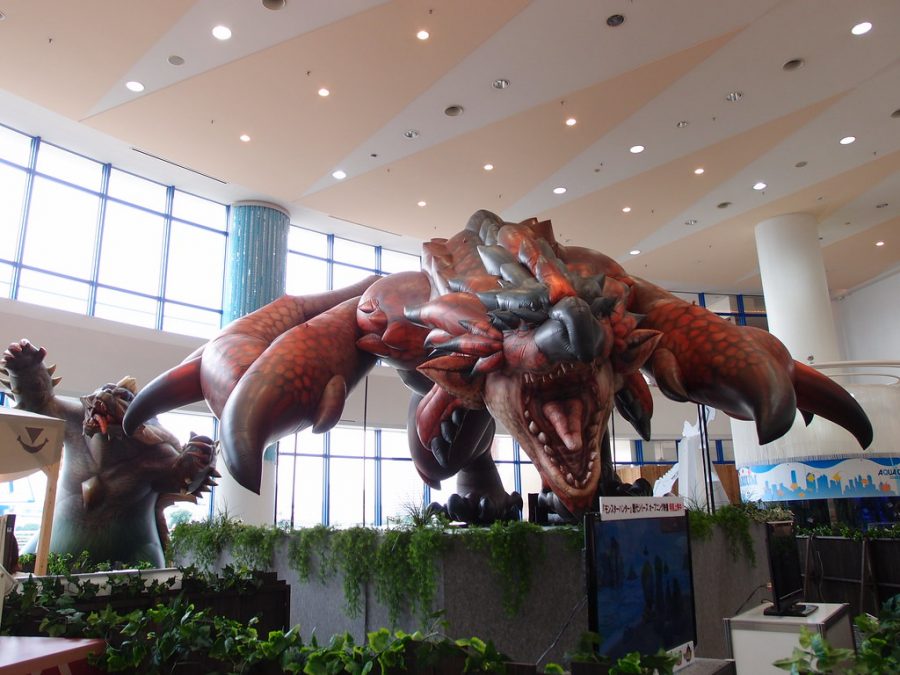 March 26th marked the release of the newest entry in Capcom’s Monster Hunter franchise; Monster Hunter Rise. This entry is an exciting one for fans of the series, as it will be the first Monster Hunter game since the critically acclaimed Monster Hunter World. With plenty of excitement over this Nintendo Switch exclusive entry, it is time to see what the game succeeds in and where it fails.
Before delving into the game itself, it is crucial to understand why some fans are going to be upset with this entry no matter the quality. To understand we have to go back in time to 2018, and the previously mentioned Monster Hunter World. MHW released on Xbox One, PlayStation 4, and PC later that year. This meant that the typically exclusive (bouncing between Sony and Nintendo) Monster Hunter series would be having a rare near multiplatform release. Along with the previously mentioned platform change, the game risked alienating fans by having a more realistic and serious tone to contrast the lighthearted fun that was the norm for past releases. Luckily the game itself was fantastic and managed to satisfy long time fans of the series, as well as introducing millions of fans to the 16 year old series. This left the fanbase in two groups; the old fans, and the newbies only used to the tone and graphics of MHW.
This is where Monster Hunter Rise comes in, as Capcom seemed to actively tried to merge the fan bases together. The game combines the best aspects of the pre-MHW games, and the best aspects of the old MH games from the 3DS era. Most fans recognized the efforts being made to please both sides, and appreciated the changes and efforts made. Others felt disrespected at the thought of MH ¨downgrading¨ by leaving the Xbox and PlayStation

and moving to the less powerful Nintendo Switch. Despite the apparent step back in the graphics department, the game still looks beautiful and significantly better than any entries pre-MHW.
The graphics may be a point of contention for some, but what cannot be argued is the amazing expansion of the Combat systems and exploration through the introduction of the new Silkbug mechanic. To vastly oversimplify the system, it is like having a grappling hook that has uses in both combat scenarios and land traversal. Complementing the Silkbugs addition is the new interchangeable switch skills which add 3 new moves to each weapon; further diversifying gameplay from its predecessor. These additions help make the already addicting and invigorating combat even more exciting and fun.
To emphasize how great the game is, the only real complaint that can be leveled at it is that there is not enough. This thought may largely be influenced by the lasting impression that MHW left; with it having 2 years of bonus content added onto the game swelling it to a massive size that makes MHR look miniscule in comparison. However Capcom has already promised updates as early as the end of April, meaning the MHR will only grow larger and better. With all that has been said; it is safe to say the MHR has its future secured. It deserves all the attention it will hopefully get as it manages the hard task of uniting the new and old fans, as well as pushing the series forward in a creative and new direction.