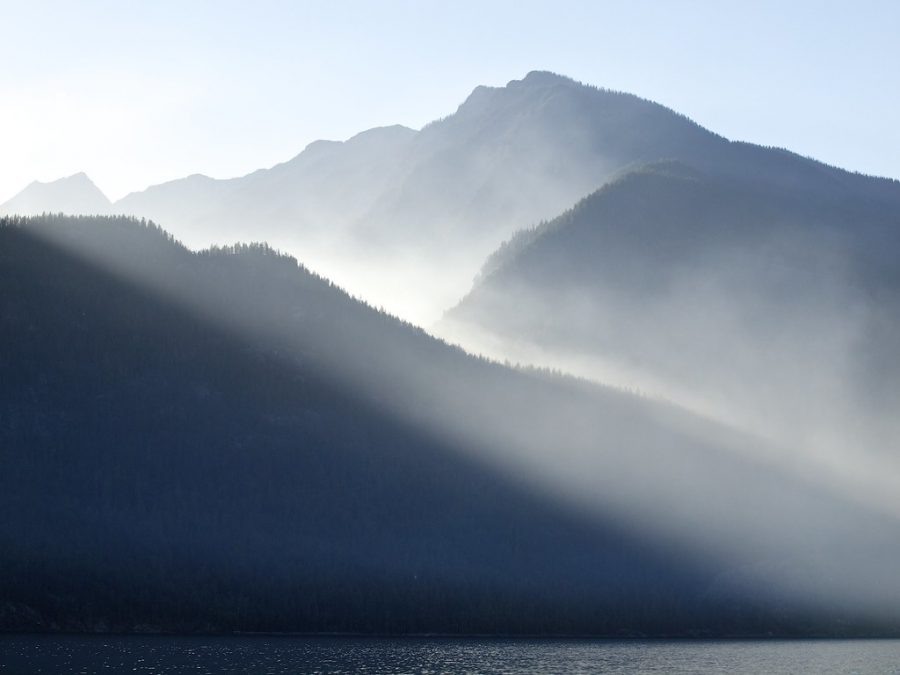 “Fire in the Valhalla Range, viewed from the edge of Slocan Lake” by Dale Simonson is licensed under CC BY-SA 2.0

Coffee Stain Studios is back at it again with another extremely fun and creative game: “Valheim”. If norse mythology met “Minecraft”, this is what we would get. The world of “Valheim” is one filled with mystery, broken architecture at every corner, and dangerous creatures roaming the plains. The player will instantly be engrossed in the world, and excited to explore what is off the ocean shore.
Luckily, the wonderful environment is supported by enjoyable and adventurous gameplay. As a viking placed in the middle of the wild, the player’s first task is to build shelter. Though it may seem simple enough, this initial task helps introduce the player to many of the game’s essential mechanics. These include resource gathering, crafting, hunger, and fighting will help formulate the foundation that the rest of the players’ experience will be based on.
After the player constructs their shelter, the game begins to really open up. Through the collection of new crafting recipes, players will be able to begin traveling their world maps more freely. Whether they choose to travel by sea and risk an encounter with a sea serpent, or take the land path and fight through the creatures inhabiting the world, the player will inevitably find themselves faced with the task of fighting one of the guardians of the world. These are the boss fights that are scattered throughout the world that separate the chapters of the game. The bosses are enjoyable, but they do tend to become annoying with how needlessly difficult they can be. This tends to be where the game falters the most with two sections of the game being notably hard and actively harming the players enjoyment of the environment.
These random spikes are about the only notably negative thing that I can point out when discussing the game. Through the excellent construction of the world and fun gameplay, “Valheim” stands out as an extremely well done survival adventure game — and it’s only going to get better because as of March 2021, Valheim is still an early access title. This means that the developers over at Coffee Stain plan to continue updating and adding to the game. Knowing that the game is only going to improve and get bigger, Valheim’s future looks very bright.