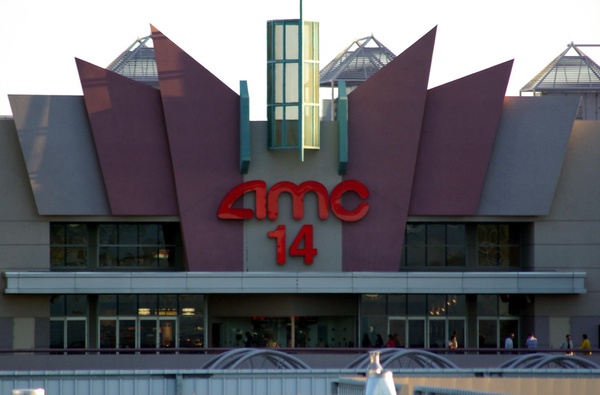 “AMC 14 Movie Theater at the Camelback Esplanade” by Al_HikesAZ is licensed under CC BY-NC 2.0

It is no secret that the movie theater industry has been going through an economic and social decline for the last couple of years. With streaming services such as Netflix, Hulu, and HBO blowing up due to their content and convenience, many believe the theater industry is facing the same demise as Blockbuster in the early 2000’s. A decline I so graciously named, “The Blockbuster Effect.”

For those not familiar with Blockbuster’s downfall, the chain was once a giant, dominating the industry. According to Businessinsider, Blockbuster owned over 9,000 stores in the United States, valuing it as a $3 billion-dollar company in just one year during its peak in the 90’s. Due to its huge selection of movie titles and its innovative barcode system that allowed them to keep track of 10,000 VHSes per store, Blockbuster was unlike anything prior to it.

The video-rental chain was on top until a man by the name of Reed Hastings, who was tired of paying the $40 dollar late fee, created a DVD-by-mail rental service called “Netflix.” While many argue Blockbuster could have prevented its own downfall when presented the opportunity to buy Netflix for $50 million dollars in 1999. The business could not keep up with constantly revolutionizing companies such as Netflix, until eventually, Blockbuster’s 9,000 stores were reduced to just one in Bend, Oregon.

Many believe the industry’s decline is due to streaming services and their convenience, however, I believe the problem has as much to do with the content these services are provided as their convenience. With streaming services dishing out big hit movies, such as Netflix’s “Marriage Story” and Hulu’s recent, “Nomadland,” the people are not only provided with a convenient experience, but are able to watch outstanding movies now even being nominated for Oscars.

While the streaming service problem is a defining factor in the decline of the movie theater industry, the component that really brought this decline over the edge is the current pandemic. According to CNBC, ticket sales have dropped a whopping 80% since the start of the pandemic, the lowest it has been in 40-years. Due to this “forced hibernation” as CNBC put it, many speculate we may never see the movie theater be returned to its former glory again.

While some production studios are trying to release their movies in theaters, nobody is willing to bet it all on the theater due to everlasting doubt in the revival of the theater experience. There is proof of this in the recent deal with Warner Brothers and HBO. With Warner Brothers releasing big-budget movies on both HBO and in theaters, it’s evident that people would much rather enjoy these movies from the comfort of their homes.

However, within all the darkness for theaters, there is a glimmer of hope for the industry in the form of “Godzilla vs. Kong,” Warner Brothers’ newest HBO-theatrical release. According to New York Times, “Godzilla vs. Kong” shook the box office with $45 million in its opening weekend, the highest of any movie released since the pandemic began. This shows that the theater industry may live to see another day as people are starting to come out of their homes and enjoy these movies on the big screen.

With the steady decline of the movie theater industry, streaming services are expected to fully take the stage very soon. So long as these services continue to release big-budget, well-done movies for a lower price, many speculate the movie theater is as good as done. While this is not an ideal conclusion for the industry, theaters just cannot seem to keep up with this ever-changing world and will eventually fall to the Blockbuster Effect.