And how it changed the games industry forever 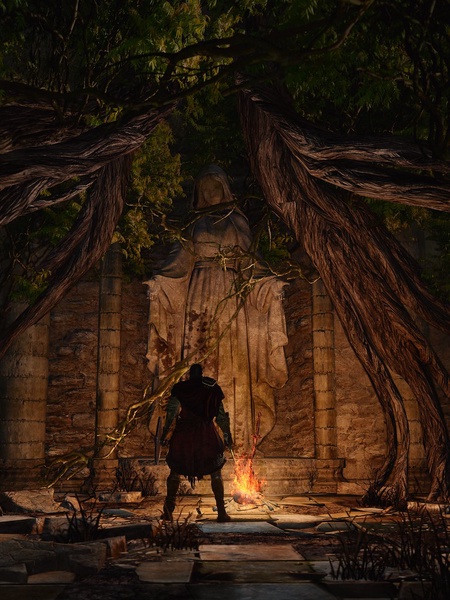 From Software’s 2011 Dark Souls is a masterpiece to say the least. Every aspect of the game connects to one another to create a one of a kind experience that one must play to truly understand. The game world is one of hardships where the player character is destined to either rise to the challenges the world or Lordron presents, or lose sight of their goal and become Hollow.
Dark Souls has the player character; and undead begin in a prison. The play will start at the bottom of the metaphorical food chain. Escaping this jail inevitably will introduce the player to one of the core concepts of the Dark Souls series; death. Upon dying the player will be revived at the nearest bonfire (Checkpoint). The asylum contains a few weak enemies and an intimidating but iconic demon boss that inhibits the player’s progression. Through clever use of the environment the player will inevitably escape. Upon the escape the player will be brought to the hub of the game; Firelink Shrine. The mission the player’s undead is initially tasked with is ringing two bells; one above lordran and the other below. The game plays its story very vague allowing an observative player to notice the subtle details that will path the players journey.
The next step in the players journey is completely up to them, as player choice is another core component of the Dark Souls franchise. The game allows the player to decide their next path, and upon return playthroughs; experienced players can find massive shortcuts in the game allowing them to feel rewarded for their time spent in the world.
I have neglected to mention the most defining and famous feature of the Dark Souls games; their difficulty. In a certain way the difficulty of Dark Souls created a new genre of game, and it became the go to comparison for any time a game slightly challenged a player. When a game becomes synonymous with a core aspect of video games as a whole, that’s when one can weigh the success of a game beyond its monetary return. Dark Souls has become a huge piece in video game pop culture with thousands of games referencing iconic aspects of the Souls series.
The Souls games have inspired many companies to create Souls-like games attempting to mimic these games’ success, but most if not all have failed to live up to the original. The reason these games often fail is that they simply only see Dark Souls as difficult, but only seeing that is extremely narrow minded. The reason people play Dark Souls is not because it is hard, but rather because it is hard for a reason. The player will struggle tirelessly against the game’s numerous hurdles, but when one breaks through the barrier they are stuck at a feeling of ecstasy unmatched by any other game.
It is near indescribable, the feeling of playing a Dark Souls game. That is often why many when asked what is so good about the Dark Souls games simply respond “You have to play it to understand” That is not to fault those attempting to explain the good aspects of the game; it simply is the best description one can give. Because Dark Souls is not just a hard game; It is an experience that cannot be fully put into words. Only upon playing the games can one understand the full scope of why they are as successful and iconic as they are.
As of 2021, The Dark Souls series has come to a close; with a trilogy of games and two
spiritual successors. It seems that FromSoftware is beginning to move on from their most iconic series to new horizons, but just because they are moving on does not mean the games should be left behind. Dark Souls and its fellow FromSoftware sequels stand as some of the best gaming has to offer, and thus they should never truly be forgotten. Instead it should be used as a landmark for what gaming can achieve if one creates with passion, pride, and a groundbreaking idea. September 22, 2011 marks the 10 year anniversary of Dark Souls, and if one has the opportunity to play the games this year they absolutely should. A nice ending to this article would be a summary of everything that makes Dark Souls great, but that would likely be superfluous as after all “You’ll have to play it to understand.”