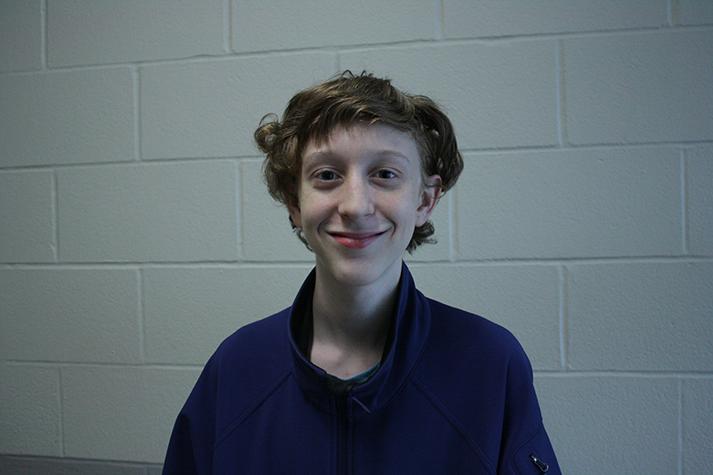 Creating a website poses as a challenging task for many professionals; however, sophomore Brandon Sheets accepted this task of creating a brand new website.

Sheets pioneers the website which will highlight each academy and will premiere on Academy Night. Additionally, it provides information of what each offers in efforts to help the freshmen choose what academy they want to continue in next year.

“The academy coordinators are wanting to create a website that everyone can use anytime, anywhere and easily accessible for all the academies to be able to choose and affect the student’s future,” Sheets said.

As a member of the Technology, Communication and Business Leadership Committee, Sheets attends some of the Thursday Academy meetings, where the idea came one meeting.

“They [the academy coordinators at the meeting]  were going to make videos and send them all to the ninth grade advocacy teachers,” Sheets said.”I thought why not make it accessible at home and at school as a website.”

From middle school on, Sheets said computer coding and programming peaked his interest.

“I did the programming part of a competition all through middle school called Ecobots,” Sheets said. “That really got me into programming which I then started doing HTML.”

“It [creating the website] is very difficult,” Waterman said. “It’s not just the programming. It is the idea that goes behind it. What goes into creating this website is not a one sentence answer.”

As a way to let the students have a voice in the process, Sheets conducted a banner design contest for the website and will announce all the people who contributed to the design.

“I am wanting to have some students involved in this so they have a say in something they created on this website,” Sheets said. “It gives them some recognition. Once all the banner designs come in I’ll be choosing them and have an announcement in school and on Facebook.”

Along with his web designing process and the TCB Student Leadership Committee, Sheets takes part in Future Business Leaders of America (FBLA). In FBLA, Sheets serves as the local chapter treasurer.

“Brandon, specifically, though is really involved,” senior and FBLA President Nicole Tranchita said. “He helps us with trying to configure powerpoints to show to the club members.”

As a member, Brandon deals with the monetary aspect of the club. Additionally, Tranchita said Sheets does a tremendous amount of work to help others in the club and come up with designs aspects of the club.

“He’s there everyday after school helping us with every single meeting,” Tranchita said. “He’s really smart and loves to help people. He’s awesome.”