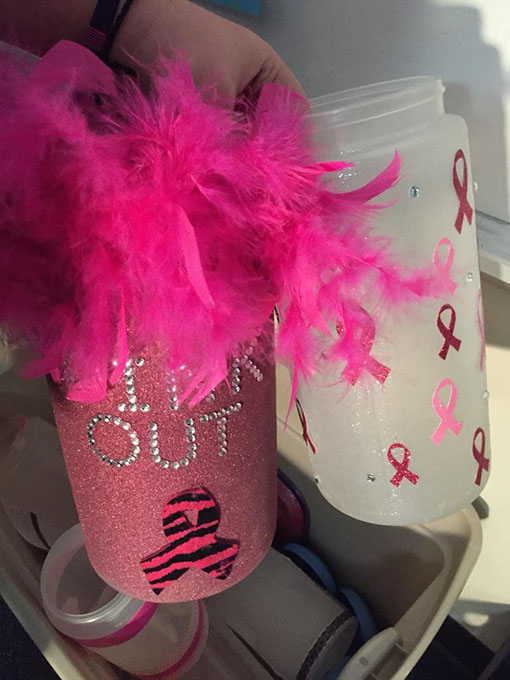 In an effort to support breast cancer awareness, National Honor Society (NHS) works with cheerleaders, band, and student council to collect donations for the Susan G. Komen foundation and The Rose during the month of October.

“Due to the fact that my mom had breast cancer, I am deeply moved by the support of Cypress Creek High School,” Stelly said.

During all lunches, NHS members carry decorated jugs to collect money. Many of the members, such as senior Tara Rojas, said they feel strongly about the cause and work through their clubs or individually to raise money.

“I feel like [breast cancer awareness is] one of those things that everyone knows about it, but nobody does anything about it, and now we are,” Rojas said.

NHS also works alongside the cheerleaders, band and Student Council to raise money and design the shirts every year, but any students interested in supporting the cause can participate. Senior Ethan Muyskens said those who donate receive pink pins to show their support.

“I think it’s really cool that this has become such a big part of Cypress Creek High School culture, because it is benefiting a good cause,” Muyskens said.