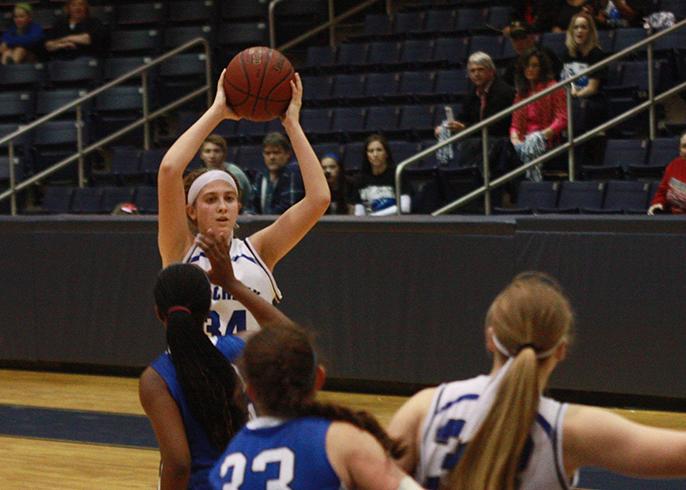 Defensive player of the year passes the ball to another team member.

Sophomore Jessica Munoz  takes the title of the District 17-5A Defensive Player of the Year for women’s basketball.

“It’s a big honor,” Munoz said. “I was excited and proud that I was about to get [the title] because it’s such a hard district.”

Munoz’s teammates express their enthusiasm for the title she’s received as well.

“We’re a pretty close team,” junior Caitlin Stephenson said. “So if one of us accomplishes something we’re all excited for them.”

Not only does Munoz hold the title of Defensive Player of the Year, but also serves as a role model for younger basketball players.

“She’s a leader on the team,” Stephenson said. “She works hard, she is a good example for the younger kids, and she shows how work ethic can pay off.”