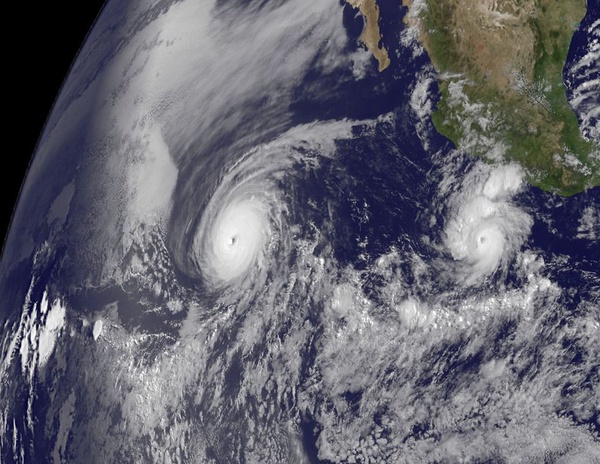 The 2020 hurricane season created a ‘perfect storm’ for tropical depressions and hurricanes forming along the Gulf of Mexico. USA Today wrote that this 2020 season had brought nearly 15 hurricanes and just over 23 tropical storms. These series of storms have brought upon many safety and health concerns in those areas directly effected, such as potential water contamination and thousands of people being forced out of their homes into a severe incoming hurricane.

These devastating storms have hammered US coastal states in the past year.

“For the sixth time in the Atlantic hurricane season, people in Louisiana are once more fleeing the state’s barrier islands and sailing boats to safe harbor while emergency officials ramp up command centers and consider ordering evacuations,” AP News said on their website.

This Atlantic hurricane season consisted of the second most devastating year on record, with more than 25 storms so far in 2020. The result of these devastating storms proposes an overwhelming amount of flash flooding, and over 360,000 power outages in homes and businesses across the Gulf of Mexico. Senior meteorologist Mike Doll believes this hurricane season is making history, “The one word to describe this season is historic… You just don’t see storms roll in like this.”

The hardest hit of any US coastal state is currently Louisiana, with a record number of storms making landfall in the past year. These storms have brought “gusts well above 100 mph and up to 11 feet of ocean water potentially rushing onshore when the storm’s center hits land,’’ according to apnews.com.

In turn, this Atlantic hurricane season has led to thousands of  people without homes or electricity throughout the state.

Some believe the sudden spike in hurricanes and tropical storms, is due to the global crisis of climate change. Global Fluid Dynamics Laboratory says that the correlation between the two problems consists of limited evidence and shortcomings in research, and overall the link between global warming and increase of tropical storms along the Atlantic is yet to be determined. However climate change is an inevitable problem for life on earth as we know it, without the responsible use of our resources, humans will continue to slowly destroy our planet, more than any hurricane ever could.

With the end of the Atlantic hurricane season ending November 30, the US can hope to see a decrease in the number of storms and people affected by the resulting flash floods and power outages.  No one expected for 2020 to bring such an unforgiving lineup of hurricanes and tropical storms, still, we can not predict what other violet rainstorms will spin onto land in the months to come.