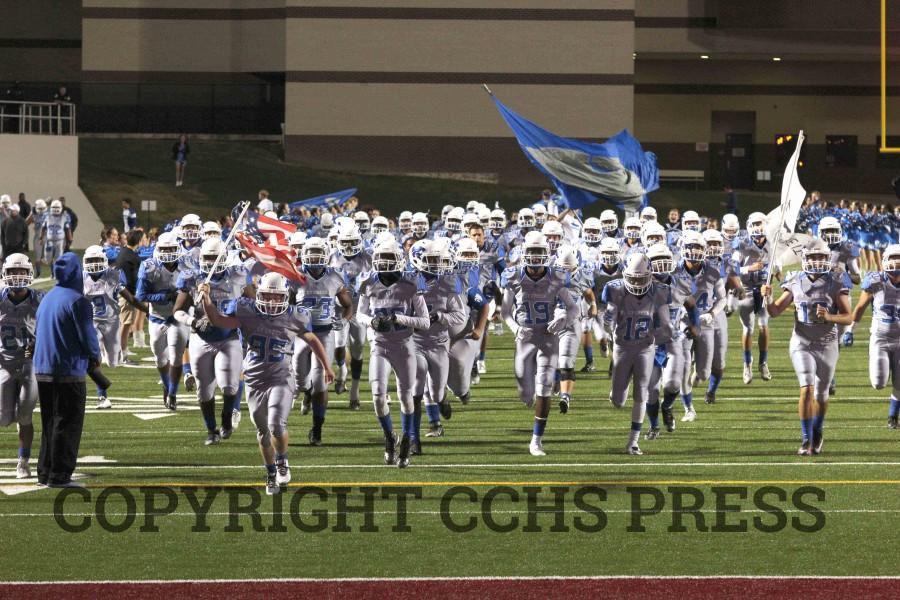 After a close battle at Thorne Stadium on Nov. 13, the varsity team won their first playoff game in five years against the Aldine Davis Falcons with a score of 34-32.

On their opening drive, senior quarterback Luke Allen led the team down-field and launched a pass for a touchdown to senior linebacker Jonathan Cook. This led to senior kicker Gabriel Sequeira scoring the extra point.

After the defense stopped the Falcons for their opening drive, the offense got the ball back and Allen led the team for another touchdown pass to Trevon Earls. Sequeira then kicked the extra point raising the lead to 14-0.

Neither team posted a single point during the third quarter. It was just a defensive battle going down the field.

Coming into the fourth quarter, the offense stepped up and Allen threw yet another touchdown pass – this time to junior running back Caleb Horn. After this, it was quiet for the Cougars. The defense failed to stop the Falcons and they went on to score twice bringing the score to 34-32, but ultimately falling short of the win. The Cougar varsity team came out victorious.

After leading the district with 3,310 passing yards, Luke Allen went 16-34 for 293 yards with five touchdown passes and a pair of interceptions Saturday night.

The Cougars will face off against Strake Jesuit College Preparatory School Friday night at Crusader Stadium. Kickoff is at 7 p.m.