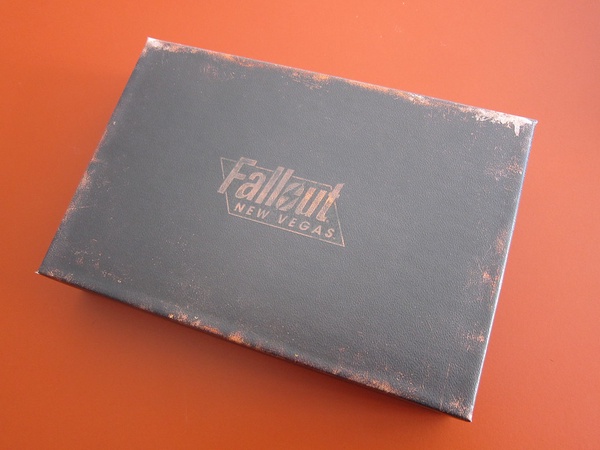 2010 marked the release of many fantastic games; such as ¨Red Dead Redemption¨, ¨Mass Effect 2¨, and ¨Super Mario Galaxy 2¨. Despite these games indisputably being fantastic experiences, one 201 stands above the rest; ¨Fallout: New Vegas¨. To explain why Fallout: New Vegas stands as such an amazing game, I’ll break its core components down into four categories: Gameplay, Story, Environment, and Character.

Story:
The story of FNV starts with the player character being killed by a man in a checkered suit. Yes, within the first five minutes of the game during a cinematic the player character is shot twice in the head. However these shots were not fatal, and the character wakes up in a clinic. The player then chooses whether or not to help out the small town they wake up in. The characters only motivating factor is finding out where the man who shot him is. Following this lead will point you in the direction of the titular Vegas Strip. Without spoiling too much of the game’s fantastic story, you’ll then come to uncover the motives behind why you were shot at the start of the game. At this point the player character will have to choose what factions to ally themselves with in the wasteland. There’s the Howard Stark esqe Mr. House who currently runs the Vegas Strip, The NCR or New California Republic, and The Roman inspired Legion. Those are only the major factions in wastes. Alongside these three larger factions are a dozen or so smaller factions that one can choose to align themselves with. The best part about the factions in FNV is the fact that they will have an impact on the story as a whole; more specifically the ending. FNV’s story is one that a person should play to fully comprehend all the moving parts and pieces that make up the player characters journey.

World/Environment:
Fallout: New Vegas excels at many things, but one of the most notable is its atmosphere and environmental storytelling. Taking place in the post-apocalyptic nuclear wastes of the Mojave desert; where the world is exceedingly hostile towards the player. Many settlements and towns pepper the explorable game world, there persists an air of dread that hangs over the player. To further contrast the bleak setting is the iconic Fallout radio stations; blaring out classic upbeat 50’s music. This radio station can be played anywhere in the wastes. This music complements the environments in such a way that I feel no other game series can accurately recreate the tone that is set. Another amazing aspect of the environments is how they allow the player to piece together what had previously occurred. This works amazingly well to make the player feel as if they are coming across an untouched moment from the past. All of these details and characteristics in the world help make the long dead wastelands come to life.
Character:
The main thing separating Fallout: New Vegas from the other modern entries in the Fallout franchise is how the game handles the player character. In the other modern Fallouts the character you play as already has a story laid out for them; one is a child looking for their father, and the other is a parent looking for their son. FNV on the other hand, gives the player a blank slate. The only pre-established information on your character is that they were a courier; that ran across the mojave. This allows the player to fill in the blank spaces in their characters backstory, and role play whoever they wanted to in the wasteland. For those who care about being immersed in a story, this change allows for so many more opportunities for their character. In the other games it was strange, you’d desperately search for your family but also pump yourself full of wasteland drugs and ruthlessly kill. Now players can play the game however they want, and feel that the story’s cohesiveness is not disrupted by an aggressive playstyle.
Gameplay:
To some the most important aspect of any game is how it feels; which it saddens me to say is Fallout: New Vegas´ weakest aspect. The game being a little of a decade old has caused some of its controls and shooting mechanics to feel dated to say the least. However the VATS system that the game utilizes can vastly improve one’s enjoyment of the combat, as it turns the clunky shooting into a matrix-like shooting gallery. Luckily if someone were to play the game nowadays plenty of fans have created mods that can help shave off the rougher edges of the game making it more appealing and accessible. This is without a doubt a good thing as underneath the decade old graphics and clunky controls is a wonderful experience where the player spends their time exploring the wastes and collecting a repertoire of gear and items, as well as building a reputation with the many different factions in the game. The encounters that the player comes across never feel meaningless, as everywhere the player goes a piece of gear or an interesting landmark awaits. With nearly every part of the world begging to be explored the player has the freedom to go and do whatever please (within the boundaries of the game’s large world).

Conclusion:
Due to the reasons stated above, I can safely claim that Fallout: New Vegas was the best game of 2010. Every part of the game excelled at what it was trying to accomplish; be it the fantastic story, the immersive world, or the deep character building, there’s no part of this game that I cannot praise in one way or another. Even the weak combat is strengthened through the games VATS system. The game struggles to run smoothly at times, showing its 10+ years of age. However, underneath all the jank, is a one of a kind experience through a terribly wonderful world.