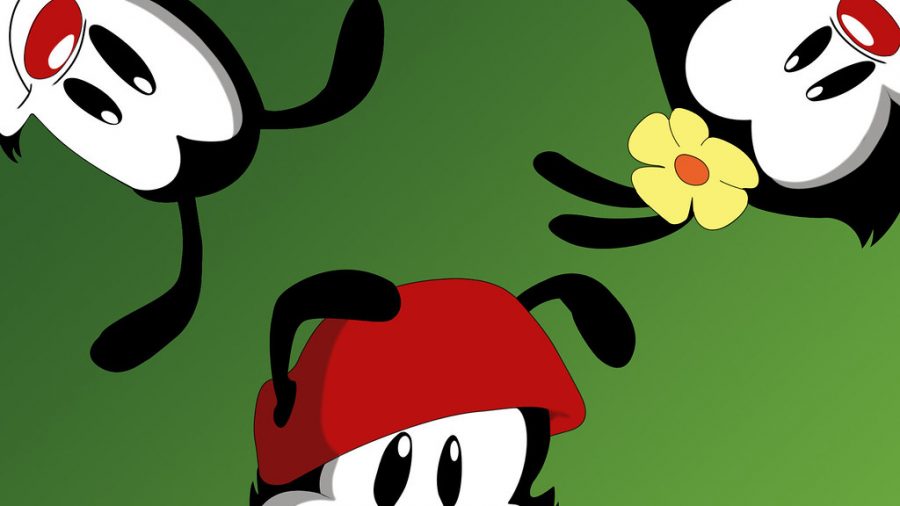 November 20, 2020, marked the long awaited return of the beloved Warner siblings. After 22 years of being off the air, Hulu decided to renew “Animaniacs” to the delight of many. The announcement of the revival in 2018 left two years for the subsequent expectations to build up. Although the announcement had a number of detractors calling the show renewal a cash grab; a large majority of fans waited in awe for the show’s release. Two years later, and season six released a few weeks back November 20 allowing people to formulate their opinions on whether or not it lived up to the hype.
To call “Animaniacs” sixth season polarizing would be an understatement. So far the fan base has split into two major groups on the new renewal. Those groups include those that enjoyed it and thought it captured the same feel as the original, and those that believe the show has lost its spark and become a caricature of its past self. Some critics corroborated the latter’s argument, as highlighted in articles such as Variety’s Animaniacs Reboot Review. The review critiques the show for having a surface level resemblance to the old show, but having the contents lost in translation. When considering those of the opposing viewpoint articles such as IGN’s review of the first season praise the show’s revival. Although IGN does concede that some of the show’s humor does not stand the test of time, they still look at the overall quality of the new season as a positive.
These reviews only scratch the surface of the division amongst critics and fans when discussing the new season. Upon the show’s release, Hulu received backlash for a specific joke in the background of Episode 1. This visual gag used Johnny Depp as its subject matter dubbing his fictional movie as “The Liar” the joke touched many a nerve as he recently appeared in headlines for losing his role in the “Fantastic Beast” series due to a domestic violence case. Viewers believed this joke made fun of an all to real subject matter, and brought this to Hulu’s attention over Twitter. Despite nothing coming of the controversy the gag undoubtedly left a bad taste in some viewers’ mouths.
Without looking at the controversy that “Animaniacs” has landed itself in, the show still polarized fans and critics upon its release. Currently the consensus for the new season highlights the positives and many await the release of the second season on Hulu. Only time will tell whether or not this new season can remain as relevant as the older episodes of the series; only time will tell.