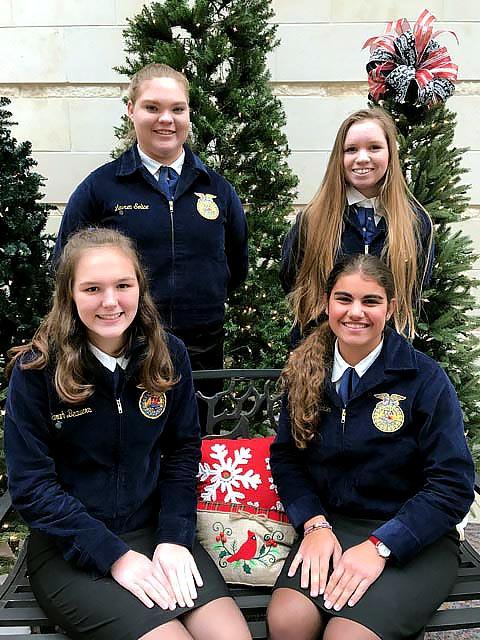 “My favorite part of LDEs is building my public speaking, ability to work in a group and communication skills,” Billings said. “I was super excited [to receive the banner] because all of our hard work paid off, and we reached our goal.”

Freshman Nick Pinina competed in Junior Creed Speaking which consists of memorizing the FFA creed and answering questions regarding the creed. He received 10th place in the district competition. Pinina said he liked receiving the chance to bond with other FFA members that have the same interests and involvement in the chapter.

“I felt honored to compete against other great speakers and to represent my school in an FFA competition,” Pinina said.

“They train people for future careers, and anyone who has the opportunity to be a part of

should absolutely do it,” Billings said.