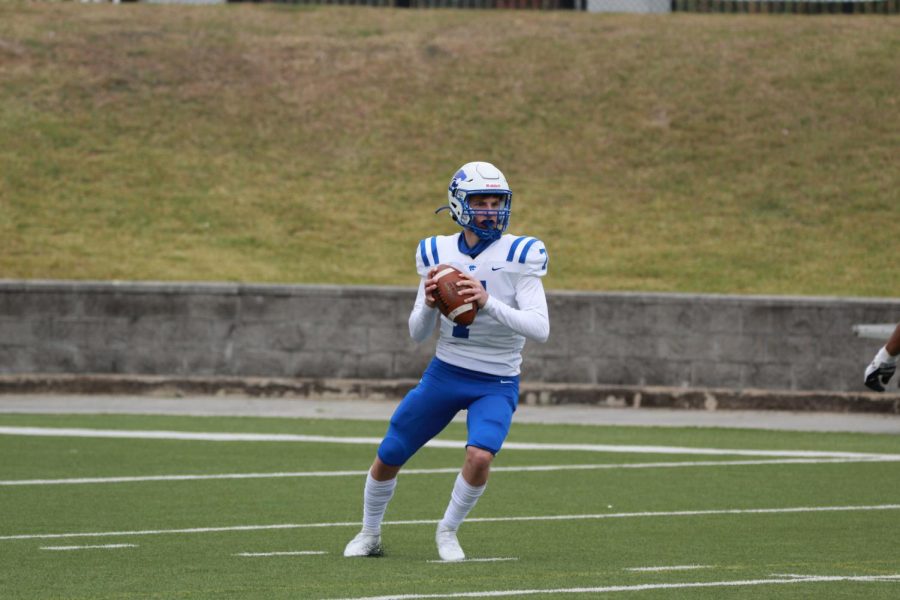 Head Coach Greg McCaig shocked the entire cougar nation by placing a freshman as the starting quarterback for the 2020-2021 season. Numerous spectators doubted and wondered what the fate of the football team would look like this year.
Despite the doubts against him, Brad Jackson stepped onto the field and silenced all doubts, even his own. “I was scared at the beginning, but as I progressed and got through it I’ve gotten used to it, [and my fear] it’s completely gone,” Jackson said.
For a freshman playing against opponents who were bigger, older, and stronger than him, his conscience was clear since he had a team behind him despite their age gap.
“Throughout the season, I gained their respect. They’ve started to look at me as their quarterback–their leader,” Jackson said.
Jackson expressed he is most grateful for the amount of experience he gained over the course of the season, “since it’s my freshman year…[I’ve learned] new things, and I’m really excited actually for next year cause I know I´ll have all the experience I had this year, and I´ll be able to go into next year and just remember all that stuff,” Jackson said.
The young quarterback has a promising future ahead of him as he continues to set his legacy at Cy Creek.