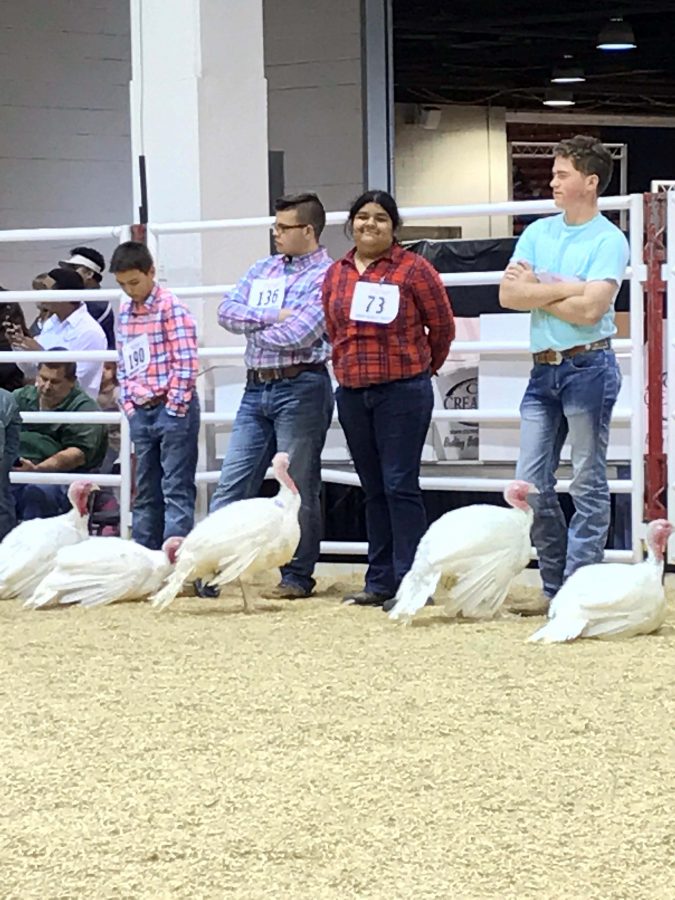 Countless months of work and dedication brought them here. Endless hours spent preparing for these few moments in the ring. The time has come for all the hard work to pay off. Now, their fate resides in the hands of the judges.

Through the Future Farmers of America (FFA) program, six students showed their livestock projects at the Houston Livestock Show and Rodeo throughout the month of March. Sophomore Jacob Shafer showed his steer he received in last year’s Calf Scramble. Since then, he has won three banners at prospect shows for showing his calf.

“I feel lucky,” Shafer said. “Representing Cy Creek and our ag department in a positive way at an event that large definitely made me feel grateful.”

Showing at the Houston Livestock Show requires dedication from every student, displaying their determination to strive for the best by waking up at two in the morning to arrive at the arena in time to prep their animal. Senior Anissa Cabrera showed turkeys and made it to the second division.

“I felt very nervous,” Cabrera said. “Especially when I went up to the judge. [It was nice to see] all the hard work pays off.”

In addition to giving students the opportunity to show at a major livestock show, the Houston Livestock Show awards students scholarships and grants to help further their agricultural career. Shafer said he took advantage of these opportunities through his Calf Scramble winnings.

“The Houston Livestock Show is an amazing place to show an animal,” Shafer said. “I wanted to start getting involved as early as I could so I will have a better chance of receiving those benefits.”

Competing against FFA and 4-H programs across the entire state, both students said they felt proud representing the Cy Creek agriculture department.

“I felt very proud actually,” Cabrera said. “I was against many people that were representing their own schools. That’s where most of the excitement is – competitive rivalry.”