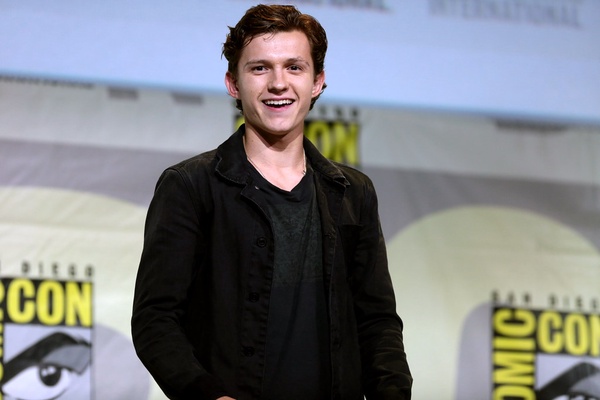 “Tom Holland” by Gage Skidmore is licensed under CC BY-SA 2.0

Due to recent events, the Marvel Cinematic Universe’s very own Peter Parker has been snatched out of Disney’s grasp. Despite the obvious loss on Marvel’s part, the real victims of this sudden split are the fans; they just lost their beloved Tony Stark, and now his protégé has disappeared from the universe as well. With the shocking news of his departure, many people are curious about the real reason behind Tom Holland’s abrupt exit from the MCU.

To understand the partnership that Disney and Sony had, first you have to know why it existed in the first place. Back in the 90’s, Marvel had no choice but to file for bankruptcy. During this time they began to start licensing out rights to their intellectual properties for very little in return. Sony saw this as an opportunity to acquire the rights to Marvel’s most popular character. They managed to get their hands on the Spider-Man IP for the low price of 25 million dollars. The only catch: they had to release a Spider-man movie every three years. This resulted in Sony releasing five solo Spider-man films over the course of 12 years.

The first movies to be released were the Sam Raimi trilogy, the first two of which were incredibly well received, and the third meriting a lukewarm reception at best. Following just five years after “Spider-Man 3”, “The Amazing Spider-Man”, directed by Marc Webb, hit theaters. The movie did just well enough to receive a sequel, “The Amazing Spider-Man 2”, in 2014. This movie performed far worse both critically and financially, forcing Sony to reevaluate their Spider-Man releases.

During this time, Marvel recovered from their money shortages, and managed to get picked up by Disney in 2009 for 4.24 billion dollars. Additionally, in 2011, Marvel gave up its five percent stake in Spider-Man movies revenue. In return, they reacquired full merchandising rights for the Spider-Man IP. In 2015 alone Spider-Man brought in $1.3 billion dollars in retail sales. This brought in far more money rather than the $125 million dollars they made from the five percent cut they had of the Raimi trilogy. With Disney reacquiring the merchandising rights, the only thing Sony retained of the Spider-Man license was the movie rights. Sony had to make a movie within three years of “The Amazing Spider-Man”, or they would lose that too. Their solution: to make an offer to Disney in 2015.

The offer allowed Spider-Man to enter the MCU with Marvel receiving creative control. Sony would still receive profits from the movie, but Disney was not about to let this opportunity slip away. They agreed to the deal allowing for Tom Holland to bring Spider-Man to life in the MCU.

On to the most recent deal. Disney brought a revised deal to the table. However it was not just a minor rework; Disney now wanted a 50:50 cut of all Movie profits. Unlike 2015 Sony was no longer in a position where the Spider-Man license’s value could be questioned. Sony now had the Oscar nominated “Spider-Man: Into the Spider-Verse” and the surprise box office hit “Venom”.  They had no real reason to agree to this deal, so they took Peter Parker and they left. For now, it appears that Disney has no intention of budging, leaving fans high-and-dry with no Spider-Man in the MCU.

Update: Tom Holland’s Spider-man is officially back in the hands of Marvel. Sony and Marvel came to an agreement in which Tom Holland will appear in both company’s films.