When Halloween costumes go too far 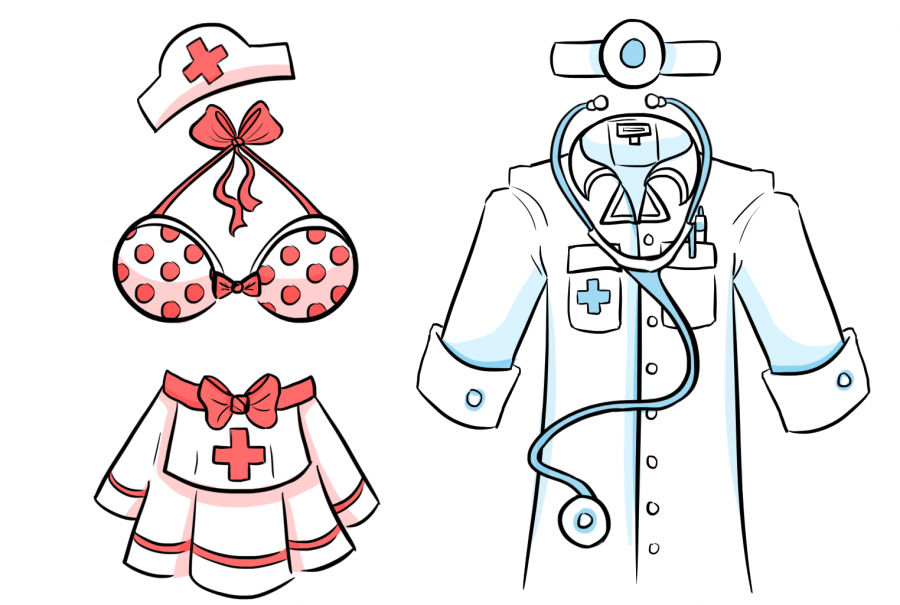 Sometimes people take their costumes to the next level, but that isn’t always a good thing.

Halloween- a time when couples make up adorable puns and turn them into costumes, a time when children get to prance from door to door as superheroes, zombies and princesses, and a time where sexualizing women has become acceptable. Everybody has seen the classic sexy black cat and Harley Quinn and Joker duo, however this year society has hit a new low with our Halloween costumes as they turn some of this year’s most popular subjects into costumes.

Sexualized Halloween costumes have shaped today’s youth in a negative way by taking a playful holiday, and turning it into a day where women feel the need to conform to society’s high standards on what girls look and act like.

One of the new outfits from this year mocks the republican candidate Donald Trump featuring a skin-tight pantless pant suit costume. This costume has gathered a lot of attention with the upcoming presidential election. Others might argue that this is just an innocent, mischievous outfit, but that is not the case. May young girls may see this as how all women are viewed as.

On a more serious note, the children’s costume from a character named Maui in the new Disney movie “Moana” has created a lot of controversy ending in Disney pulling the costume from stores and stopping all sales due to several complaints by customers accusing Disney of cultural appropriation and racism. The costume consists of a muscled brown suit and tribal tattoos with a necklace and island-styled skirt. Although those people have valid points, nobody had a problem with the revealing girls youth costume. These types of situations transpire more often than not.

While the purpose of this national holiday is to dress up as whatever one may desire, someone may actually become offended. So this Halloween perhaps we should carefully reflect on who we’re dressing up as for impressionable women everywhere before our society goes too far for this year’s trick or treating.

2 Responses to “When Halloween costumes go too far”