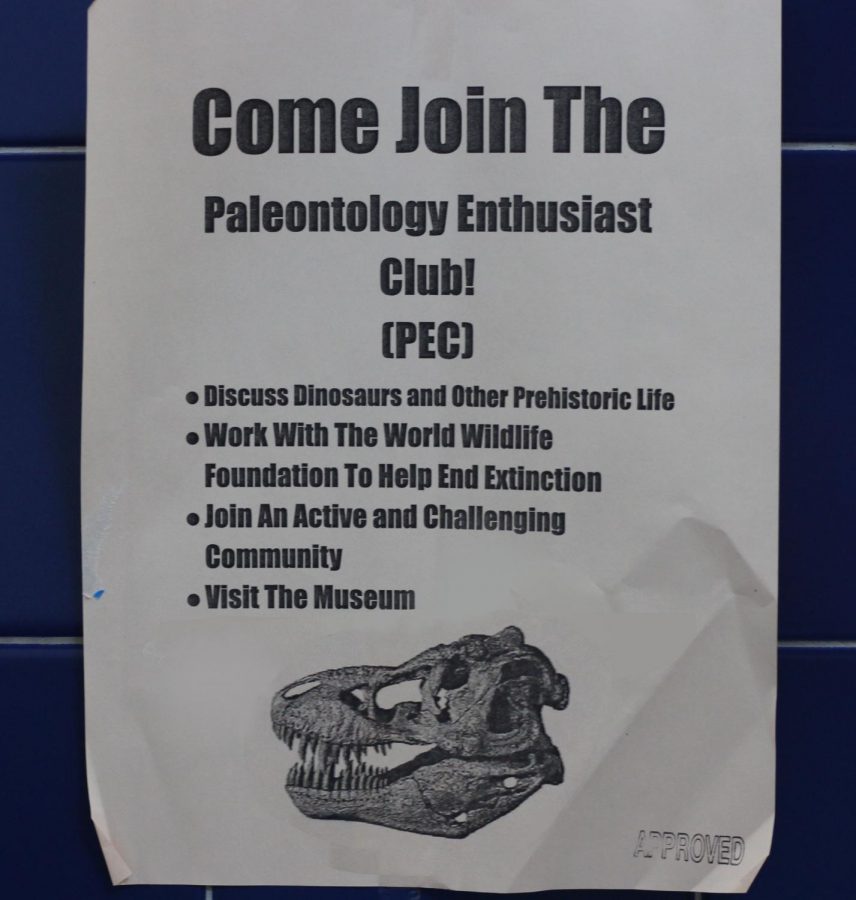 Students have the opportunity to participate and learn about the history of life in a club dedicated to exposing students to new studies specifically related to paleontology.

The Paleontologist Enthusiast Club (PEC) observes and debates anything and everything related to extinct organisms. PEC recently partnered with the World Wildlife Fund and remains currently involved in the Save a Cougar program, dedicated to preserving the lives of animals. Every month the club shifts the focus towards another endangered species.

Ryan Price, the president of PEC, founded the club at the end of the 2017 school year. He said he wanted to create an outlet for himself and others interested in an unpopular scientific field. The chance to work with the World Wildlife Fund provides an added bonus.

“In paleontology everything that we study is extinct,” Price said. “So the idea was that we partner with the World Wildlife Fund to help end extinction, it just kind of parallels with [PEC].”

PEC also participates in numerous scientific debates, as well as recently holding presentations over the geological time period and trips to the Houston Museum of Natural Science. Price wanted to create a club for students that might not have access to a certain scientific field.

“The club for me is an outlet,” Price said. “It’s also kind of helping people become inspired to do what they want to do, to push themselves in that aspect.”

Price also said he wants to pursue a career in paleontology and study other animals as well. He is specifically interested in vertebrate paleontology.

“I decided when I was very young, probably five, that I wanted to be a paleontologist,” Price said. “I’ve held onto that interest and passion ever since.”