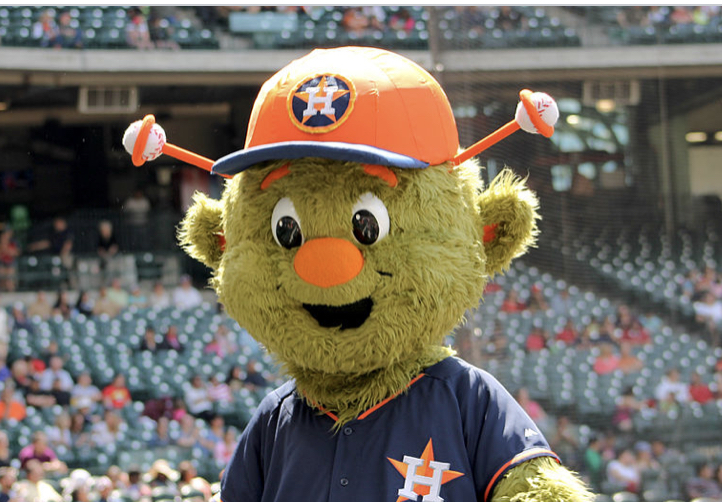 With the 2020 MLB postseason finally arriving after much delay, the Astros brought their A-game to the field. After defeating the Minnesota Twins 3-1 in the American League “Wildcard” bracket the Astros advanced to the ALDS and played the Oakland Athletics. However, the road to the postseason did not come easy.

Earlier this year in January, the MLB found evidence of the Astros cheating in their 2017 World Series season. The Astros faced off against the Dodgers where they ended up winning the title by breaking the 3-3 tie during their seventh game. The allegations surrounding cheating started circulating during the 2019 season, but only underwent investigation at the start of the new year. Once convicted of cheating, the team began to face mass online ridicule and even harassment from other players during preseason training. Throughout practice and scrimmages players were hit with many “beanballs” a colloquialism used in baseball meaning a ball thrown at an opposing player with an intent to strike and or injure them.

Advancing to the ALDS, the Astros played the Oakland Athletics. The first game of the series on October fifth ended with a crucial win for the team. The Athletics led the Astros for three consecutive innings until Alex Bregman, the team’s 3rd baseman, hit a homerun to the left of the field. Shortstop Carlos Correa soon followed, hitting a homer towards the center of the field and allowing Kyle Tucker to score. By the end of the sixth inning, the Astros had secured a two point lead and maintained their control throughout the rest of the game. The second game of the series took place the following day with the Astros continuing their win streak and advancing in their path to the World Series.  Throughout the first two innings Oakland scored only one run while the Astros scored none. The game took an exciting turn around the fifth quarter when George Springer, the Astros center field player, hit his second home run of the night making the score 5-2. The Astros ended up keeping their three point lead seeing as no team scored for the rest of the game. The win secured a two game series lead for the Astros.

The third game of the series concluded with a loss for the Astros and a chance to rally for the Athletics. At the end of the second inning both of the teams were on top of each other with two points each. By the fifth inning the Astros stepped up their game and earned a total of five points with Diaz, Springer, Brantly, Gurriel, and Bregman scoring. However after the end of the fifth inning, the Astros could not contain their lead and ended up losing 9-7 making the series have a 2-1 game status.

The fourth game of the series came the day that followed and had fans on the edge of their couch the entire time. After a no score first inning, the Athletics stepped up and scored three runs by the end of the second inning. The Astros retaliated this score by securing five points in the fourth inning. Throughout the next three innings the Astros consistently scored two points per inning making their lead much further. Although the Athletics scored two points in the ninth inning, it was not enough to take the lead. The Astros beat the Athletics 11-6 and advanced to the ALCS.

The Astros are set to play the Tampa Bay Rays on the 11th. To keep up with the game schedule and check out the scores of the Astros click here.