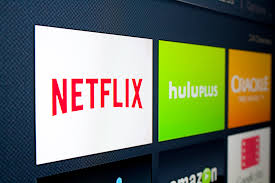 Since its founding in 1997, Netflix has forever changed the way we view movies, television shows, and other forms of entertainment. Originally a mail-in DVD rental service, Netflix now has amassed an average of 46.55 million monthly users, and an estimated revenue of 6.1 billion USD.

The inconveniences of modern day entertainment almost completely withered away once streaming services were introduced. Before Netflix and other streaming platforms took the stage, people could only watch movies through companies such as Blockbuster, movie theaters, and cable television.

Now however, the Redbox station outside the local pharmacy just sits gathering dust. People just don’t see the appeal of driving out to see or rent a movie when they could just pay a couple bucks a month to watch it from the comfort of their own computer, phone, or TV.

The first victim of the Streaming Service Serial Killers: Blockbuster. At its prime, the video rental company had surpassed Netflix’s current revenue. However, as the world adapted, Blockbuster didn’t adapt with it. Soon after the founding of Netflix, Blockbuster started losing revenue at an exponential rate. This led to their filing of bankruptcy in 2013. In addition to Netflix, innovations such as DVR and Video On Demand became the highlight of modern day entertainment. Now however, even those are starting to lose their appeal in a shift to a new era: streaming services.

In light of this positive trend, other companies started to utilize Netflix’s online format to browse and watch movies and TV shows. Some of Netflix’s most prominent competitors include Hulu, Disney Plus, and HBO Now. All of these services vary in selection, which means if a user would like to watch a certain TV show not offered on the platform they’re subscribed to, they would have to find remedy in a platform that did. This causes a snowball effect, where a person would have to subscribe to multiple platforms in order to satisfy their movie-watching needs. With a pretty big selection of movies and TV shows, people no longer see the use in watching cable TV. Why would people rather wait for a new movie to release or an episode of their favorite show to air when it’s just $12.99 a month and a click away? As of 2017, Netflix has surpassed cable television as a whole in revenue, and with more streaming services coming into view, the trend isn’t going to go away any time soon.

A new factor coming into play with streaming services, and perhaps the most important ones: original content. House of Cards, released in 2013 on Netflix, takes the crown of the first streaming service original. Since then, Netflix has increased their selection of originals to over a whopping 1,500 titles to their name. These selections, varying in popularity, have insane budgets allowing them to break barriers of entertainment as we know it. Released in 2018, Black Mirror: Bandersnatch introduced the interactive film. With many branches stemming from one main plot, viewers choose certain dialogue for the character to say, resulting in multiple endings. These originals have more potential than they’re letting on. This presents a huge problem for cable TV, because not only are they streaming content made by other companies, they themselves also release content for their monthly subscribers.

Some companies that use cable have started to adapt to this new platform. Most recently, Peacock just announced the introduction of their own streaming service. On this platform, beloved shows such as The Office and Parks and Recreation will be available to stream, which also means Netflix no longer has the contract for those shows. This phenomenon only drains the wallets of streaming service lovers, as they have to add on to an ever-growing pile of monthly subscriptions.

All in all, cable TV does not have the same appeal as it once did. Two options present themselves as entertainment adapts. Either channels such as Peacock and HBO adapt with it, or they all become trampled by the giant foot of streaming services. Either way, network entertainment has changed forever. 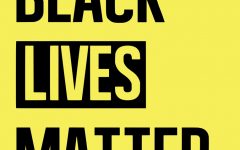