The effects of social media 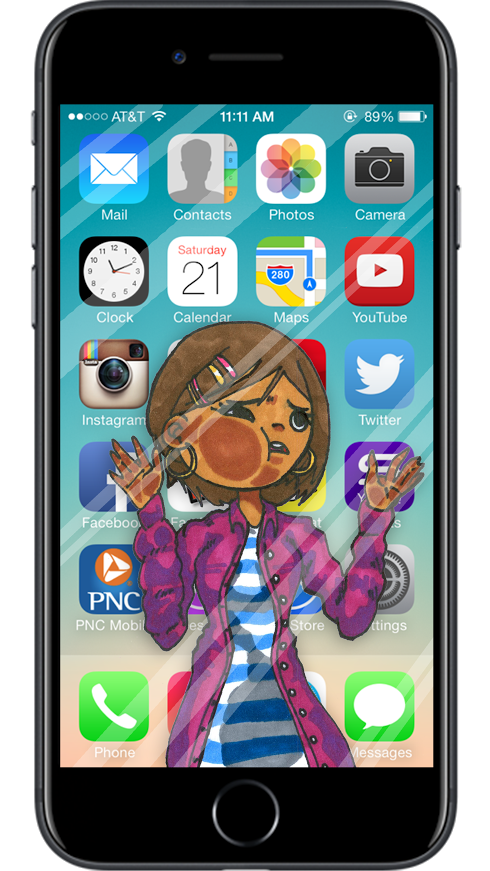 She sits in her room in a different world from her friends who remain talking amongst  themselves. She ignores them and focuses on her phone comparing herself with others and  notices her friends bragging about the amount of likes they received from their last Instagram picture. She feels left out due to this and starts to lose her confidence. Situations like this involving social media cause self-esteem issues and depression due to the constant worry of what others think.

Social media affects how teens view the world by disabling them to make conscious and educated decisions and by diminishing their confidence levels.

According to the Pew Research Center, 92% of teenagers go online daily and close to three quarters of teens use some kind of social media outlet. More than a few will likely encounter negativity or cyberbullying. Young teens feel pressured by society’s standards as well.  They use social media as an outlet for communicating; however, most of the time what they project online shows people their amazing life even if they feel depressed.  While this remains an evident problem the main concern with teens now remains the constant comparing with peers.

People in general pay extra close attention to how others view them, validated by the amount of likes or views on a social media platform. Comparisons move to a whole new level when numbers get placed on it. Oversharing seems a common problem while dealing with others on social media as well. And with putting one’s life out there for the world to see, one becomes susceptible to gain unwanted, judgy eyes.

Another negative impact resulting from social media includes indirect communication betweens friends. While texting and talking on the phone remains an effective communicating source, it renders developing teens unable to detect certain social signs because they never see each other face-to-face.

Teens should encourage each other to stray from the constant use of social media and focus more on how they should interact with one another. In the future, teens will become more self aware with how they treat others on social media and what they put on these platforms.