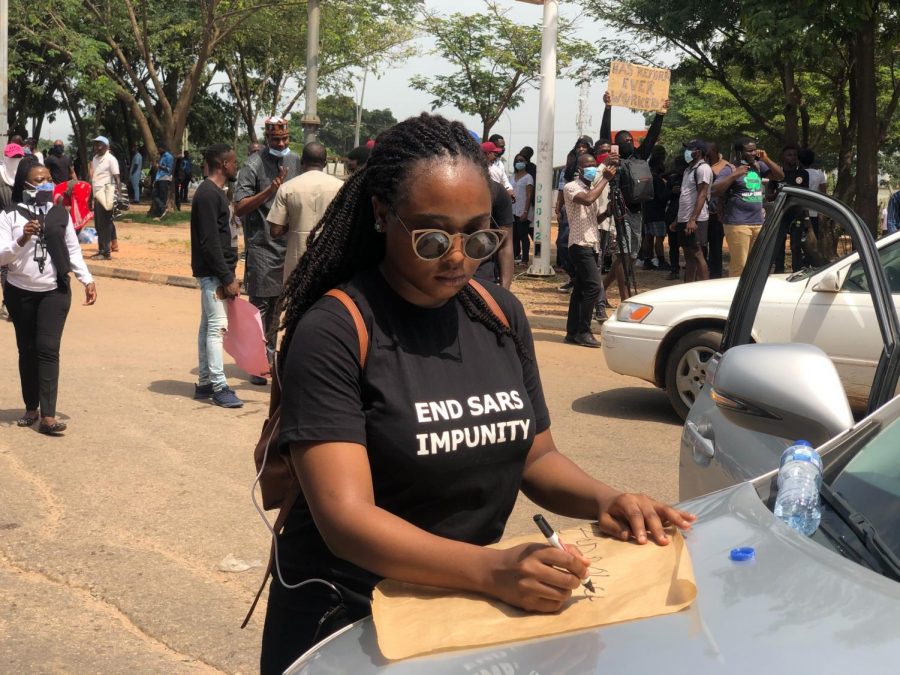 In 1992, Nigeria formed the Special Anti-Robbery Squad (SARS) to lower the number of armed robberies in Nigeria. Since the formation of the squad, numerous reports of abuse started to arise claiming the squad took part in assault, bribery, rape, and murder against innocent citizens. In response to this, the EndSARS movement began in 2017 to protest SARS and the unjust treatment of Nigerian residents.
Recently, the movement has had a rebirth due to the continuation of abuse claims against SARS. The hashtag #EndSARS started trending on social media in October due to many young activists trying to spread awareness about the issue. Similar to the Black Lives Matter movement, the EndSARS movement focuses on police brutality which has been one of the most prominent social issues in 2020.
Because of this, when informational posts about the SARS allegations came out on social media, many young activists in other countries began the process of sharing and reposting, putting the issue on a global scale. Since then, numerous articles have surfaced across the internet addressing the conflict.
Based on reports, SARS officers allegedly carry their weapons while not wearing their official uniforms or badge, and commit offenses against citizens. SARS officers are said to profile their victims based on age, sex, and fashion choices. Young male citizens are more at risk of being a target by SARS than any other demographic in Nigeria.
Since early October, Nigerian youth have taken the streets to protest SARS, and to call for the demobilization of the squad. Protestors also demanded all peaceful protesters who were arrested be released from jail, and for all SARS officers to have a psychological evaluation before they apply for a transfer to another unit.
On October 11, a special presidential directive had ordered the immediate demobilization of the Special Anti-Robbery Squad. Along with the directive a team of investigators would form in order to look into the alleged abuses made against the unit.
However, this directive did not end the EndSARS protests and Nigerian youth continued to protest in the streets of Nigeria. Most recently on October 20, reports that unarmed peaceful protesters in Lagos were shot during a protest, caused a second uproar across social media. As of right now, protests are still occurring in Nigeria, and have not lost momentum.
If you would like to know more about the EndSARS movement or ways you can help you can visit the official Carrd website here.