Fate of the Debate 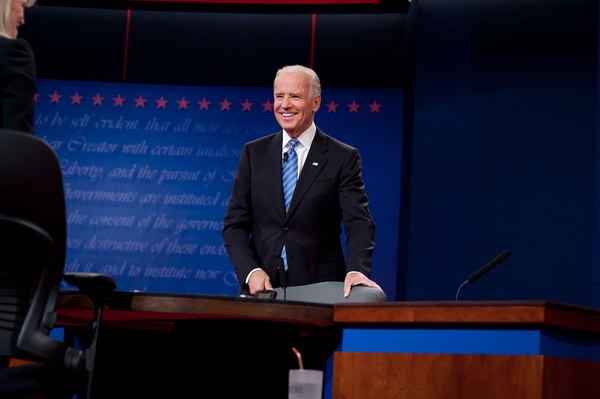 In a predictably chaotic clash between presidential candidates Donald Trump and Joe Biden last night, even the most apolitical of people either tuned in or have heard about it from a friend. But looking deeper into the details, one can see the many impressions this left on the general public. Whether reaffirming their previous confidence in either candidate or moderately peaking interest in one due to their performance, this first debate will have quite the influence on voters.

The evening started off smoothly, at least compared to the rest of the night. The first question was about the Supreme Court, where Trump has nominated conservative Judge Amy Coney Barrett to fill the seat left vacant by the death of Justice Ruth Bader Ginsburg. Trump stated that elections have consequences, while Biden disputed that the next election has already started, meaning the winner of 2020’s election should fill the seat. Shortly after, Trump interrupted before Biden had finished his answer. This started a continuous trend of Trump, and on occasion Biden, speaking out of turn and interrupting the opponent and moderator Chris Wallace throughout the night. After a while, Joe Biden snapped repulsively “Would you shut up, man?”.

In the second segment, Wallace began asking about health care, leading Trump to interrupt Wallace to dispute his line of questioning about having not introduced a comprehensive plan to replace the Affordable Care Act implemented by former President Barack Obama. Wallace continued to try to get through his question, asking Trump to let him finish. After a few moments of cross-talk, Trump said, “I guess I’m debating you, not him,” referring to Biden. Wallace refuted, “Your campaign agreed that both sides would get two-minute answers.”

Biden swiped at Trump over the president’s early handling of the coronavirus, alleging that the administration started to inform the public of the disease’s severity only when it hit the stock market.

“Do you believe for a moment what he’s telling you in light of all the lies he’s told you about the whole issue relating to Covid?” Biden asked. “He still hasn’t even acknowledged that he knew this was happening — knew how dangerous it would be back in February — and he didn’t even tell you.”

In the most significant highlight of the night, Wallace explicitly asked Donald Trump if he would publicly “Condemn White supremacists and militia groups and say they need to stand down and not add to the violence.” Trump immediately turned to an attack on what he calls the “radical left” like ANTIFA, referring to antifacist demonstrators.

“I would say almost everything I see is from the left wing,” Trump said, referring to violence at riots from both the ANTIFA and Black Lives Matter movements over recent social injustices. Pressed once more by Wallace to state his condemnation for White supremacists, Trump said “Proud Boys, stand back and stand by. But I’ll tell you what, somebody’s got to do something about ANTIFA and the left.”

The Proud Boys are a far-right organization deemed a hate group by the Southern Poverty Law Center. Social media companies such as Facebook and Twitter have suspended accounts and removed pages of members affiliated with the group for hate.

Regardless of one’s beliefs, the debate proved what a majority of people already knew: The stylistic differences between the two candidates go beyond style. Biden acted objectively more professional and politically correct, which some people love and some people disdain. The President’s failure to condemn white supremacy, among a plethora of other mishaps, could have far-reaching impacts that negatively affect his campaign. Regardless, the fate of this debate will lie in the hands of the voters come November 3rd.

One Response to “Fate of the Debate”