A hero beyond the silver screen 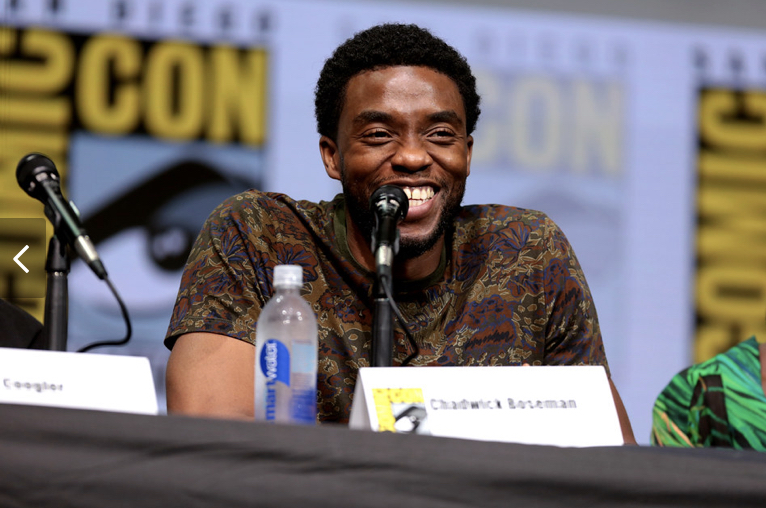 On August 28, 2020, beloved actor Chadwick Boseman passed away after losing his battle to colon cancer. The news came as a shock to many fans, as Boseman did not publicly address his illness before passing, instead choosing to hide his condition by continuing to work on movie roles while undergoing chemotherapy.

After his passing, many have paid tribute to Boseman’s life and career; including those he has worked with and fans impacted by his work. Boseman starred in many famous roles, most notably T’Challa in Marvel’s Black Panther and Jackie Robinson in 42.

Through these roles, Boseman was able to win many awards including the 2018 BET award for Best Actor, for his role in Black Panther, and the People’s Choice Award Male movie star of the year. These awards highlight the importance Boseman’s roles held in the black community, as he helped increase representation of black actors in mainstream movies. His portrayals of Jackie Robinson and King T’Challa brought inspiration to those fighting for justice and equal representation in the movie industry. Both of these iconic roles inspired further representation to communities who often lacked an appearance on the silver screen.

It is clear that in his life, Boseman wanted to lift others up, and help those less fortunate than himself. Even though Boseman has passed, his legacy will live on through his work and in the hearts of his supporters.