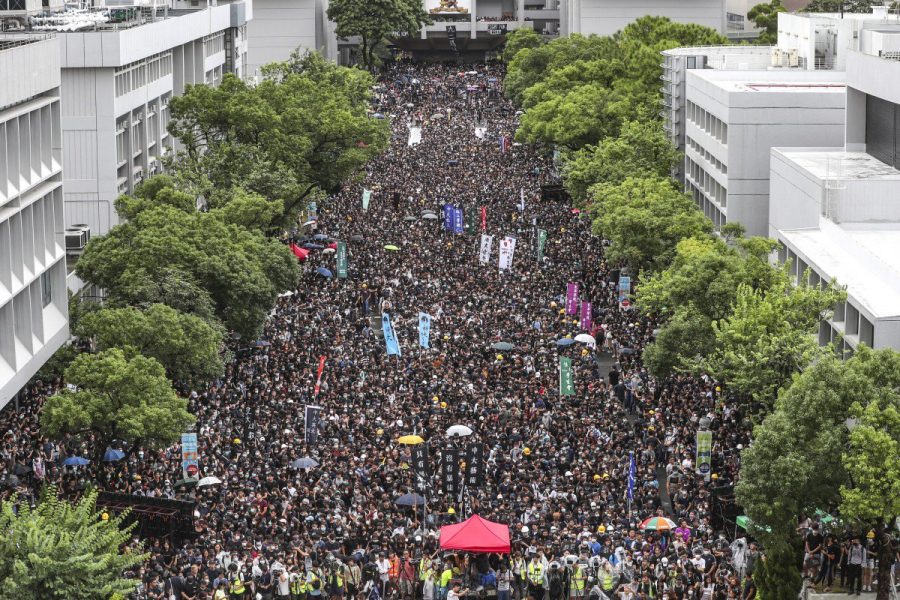 For the past six months, Hong Kong government officials have faced mass protests and violent clashes with police across the region. These protests come following the proposal of a new extradition bill.

The bill, The Fugitive Offenders and Mutual Legal Assistance in Criminal Matters Legislation (Amendment) Bill 2019, would extend the list of countries where suspended offenders may be extradited, past the original countries Hong Kong already has mutual extradition agreements with. Most notably, this new bill included extradition to mainland China.

In 1977 Britain handed control of Hong Kong over to China. They then implemented a “One Country, Two Systems” policy for the island. This would include Hong Kong as a part of the communist China, but allow it to retain its capitalist economic system and partial democratic political system until 2027.

Many citizens in Hong Kong believe an extradition agreement with China will give the country more control over their homeland. These beliefs have sparked activists such as Joshua Wong and Agnes Chow to push the pro-democracy fight across the region. The movement hit a peak in mid-June, with hundreds of thousands of young Hong Kong citizens participating in marches and storming government facilities.

Police did not hesitate to make arrests, fire tear gas, pepper spray and rubber bullets into the protests, but this only seemed to fuel the fire more.

The large pushback caused Hong Kong Chief Executive, Carrie Lam to suspend the bill indefinitely and apologize. However, since she did not withdraw the bill completely, many protesters remained unsatisfied.

In late July, four protesters died in suspected suicides. These tragedies, seen by many as an extreme form of protest, continued to fuel public outrage. The Hong Kong Jockey Club Centre for Suicide Research and Prevention (CSRP) worries about copycat suicides popping up, considering Hong Kong’s past problems with mental health issues and suicides.

As of late August, Lam still refuses to withdraw the bill or respond to protesters’ demands.