InSight makes its home on the Red Planet 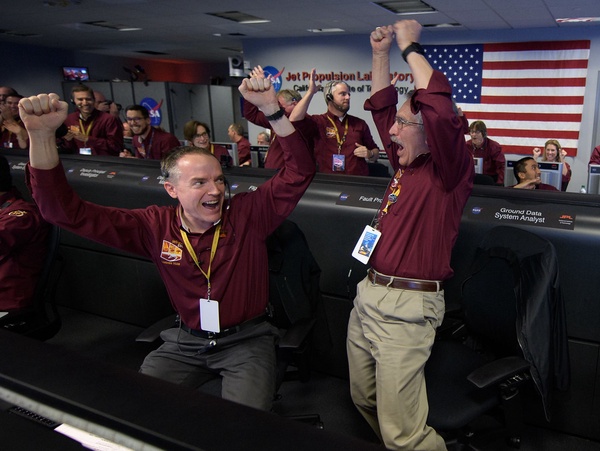 NASA’s spacecraft, Insight, landed safely on the surface of Mars after traveling in space for 7 months. It finally landed on November 26th and immediately started sending data back to Earth showing the red planet like we have never seen it before. Insight sends back pictures and information daily for the scientist at NASA. So far the pictures clearly show the red dusty surface of Mars and even its sunset.

This generation lives as the first humans to ever land on Mars safely and receive photos of the unknown planet. Setting many records, Insight continues to live on Mars for a whole week, now documenting the environment with its robotic arms and high powered solar panels. As the mission continues, Insight reveals new occurrences to the public such as the wind on Mars. Using its air pressure sensor and seismometer, Insight was able to detect the currents and vibrations of the wind which was traveling at about 10 to 15 mph in the area.

The mission team members rejoiced when they saw their hard work paid off. They hold confidence that their rover will maintain the energy it needs to last for one Mars year or nearly two Earth years.

With two years on Mars, data collected from Insight will remain useful to humans on Earth and give more information on this significant planet. Knowing more about Mars will further educate us on other planets that are similar to it which can help in the future with advanced space travel.