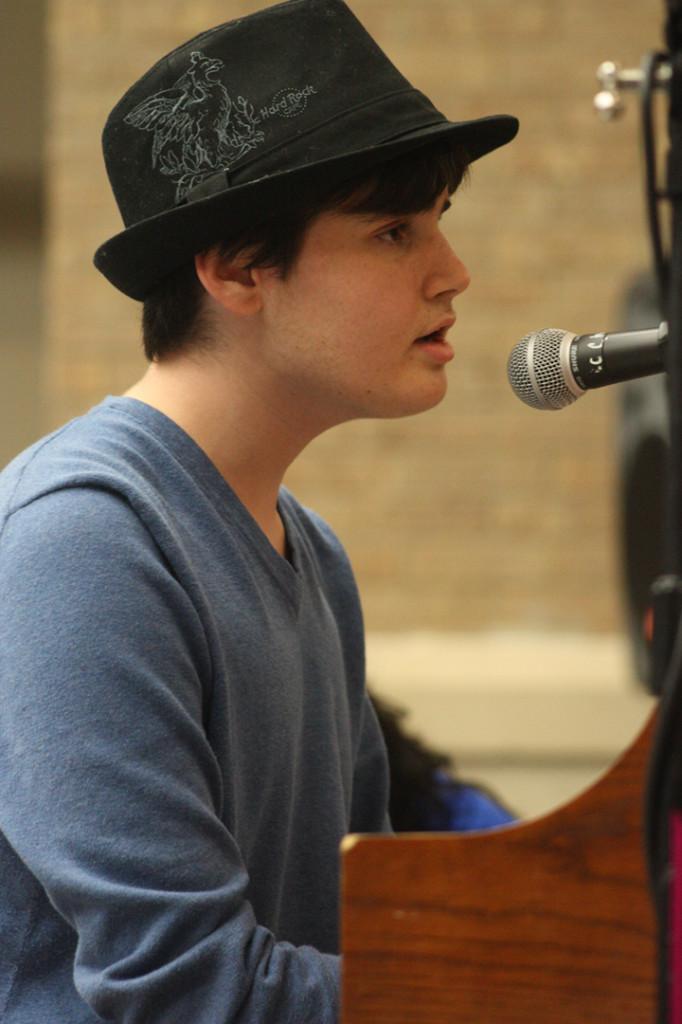 Senior Michael Crocker was announced as second chair for the all-state mixed-choir, on Jan. 12. Out of more than 60,000 singers competing in Texas, he had been selected to participate in the 224 student choir.
“It’s a pretty big deal for me,” Crocker said. “I was really shocked because I have friends who were at the same level as me, and usually they always beat me, but I won by a landslide.”
In the UIL state choir competition, it takes four auditions to receive all-state honors.
“This year, I got extra help from Ms. Paul and Mr. Jordan, and also some of my voice teachers, to prepare for it,” he said. “They gave me technical help with my voice with things like adding space at the back of my mouth for better sound. It really helped and the judges noticed.”
This is Crocker’s first time making all-state choir. After three years of competing, Michael said he put much more effort into it.
“My freshman year, I put no effort into it and it showed,” he said. “Sophomore year, I made it to pre-area, and last year I got to region. During the competition, I got a lot of criticism from judges, which was good so I could get better, but I got mostly compliments. But there is always something to get better at. Perfection doesn’t exist.”
Crocker was planning on going to college to study piano and become a performer or teacher. However, after he place all-state, he now plans to double major in piano and singing.
“My University of Texas music audition is in two weeks, and at first, I was hesitant to do singing but now I’ve changed my mind,” he said. “Now I want to do it for the rest of my life. I’m not sure how to apply it, but I want music to be my career. Whether if it’s piano or singing, I want to help people learn, if they seek my knowledge. If that’s the case that can be done in either career.”