Frankenstein: Just in time for Halloween 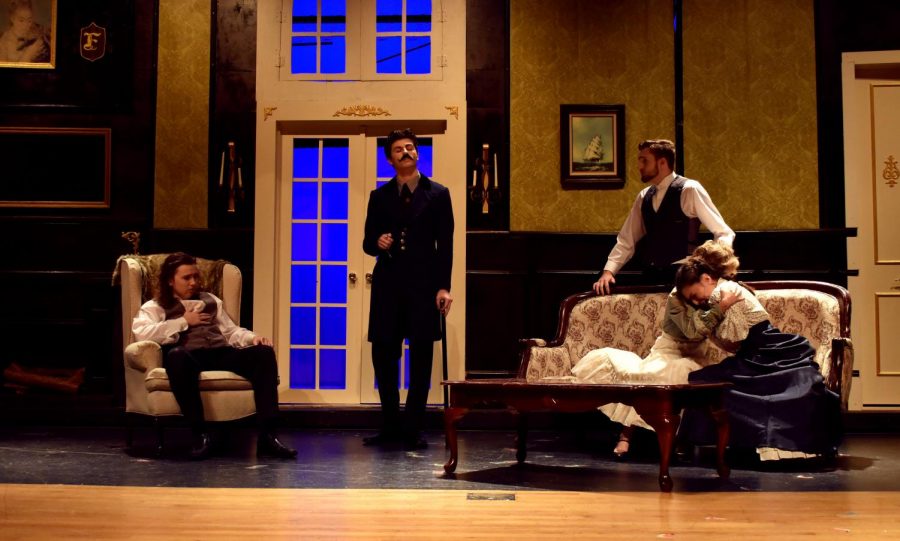 “Shall you find peace in death, while I remain desolate and alive.”

This line filled the theaters during the play Frankenstein that hit the stage of Creek on October 18th through the 21st. That’s right, the Drama Club brought us a thriller just in time for Halloween. The theater filled with people who enjoyed the first play of the school year.

Senior Charles Ndukwe took the role of the Creature, Frankenstein’s creation, and felt very honored to perform in front of everyone during the play.

“My favorite thing about being the Creature is that I get to do a lot of stunts in the play,” Ndukwe said. “Plus, I really enjoy the Creature’s character and being able to express it to the audience.”

The story of Frankenstein holds many useful themes, deriving from a mental and physical state that the Creature and other characters need to display on the stage. Therefore, cooperation with all of the actors proved important.

“I get along with everyone in the cast,” Ndukwe said. “I feel like my relationship with them is part of the reason that the show is gonna be amazing.”

Although the acting part felt like the most important aspect of most plays, the tech crew held a very important role to really make things flow or else the whole production could fall apart. Sophomore, Haley Burns, worked on the set throughout the shows, moving props around for the play to flow the right way.

“The crew set needs to go like really fast,” Burns said. “It needs to be a quick transition or it will take too long and people will get frustrated.”

Senior Michael Hurbanis played the role of Lionel Mueller in his last first play of the school year.

“I think that it went really well,” Hurbanis said. “The feedback was exciting and positive.”