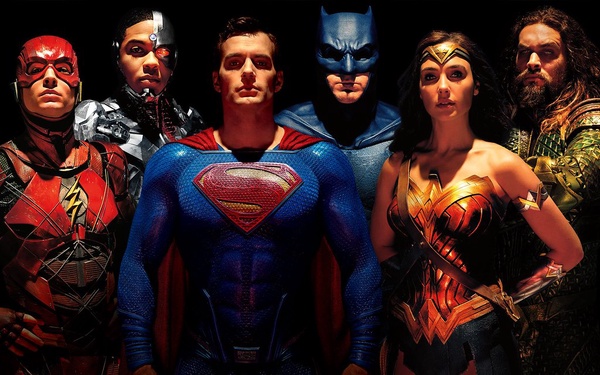 On November 17, 2017, Warner Brothers released their first major superhero team up movie, “Justice League.” While renowned director Zack Snyder was supposed to direct the movie, he was not able to finish it due to the premature death of his daughter. Met with a strict deadline and a lot of money riding on this film, Warner Brothers decided to bring in known Marvel director Joss Whedon to carry out the movie.

This decision, along with contradicting ideas from both Snyder and Whedon ultimately led to an unfinished, underdeveloped, ultimately disappointing movie. Due to this, social media started blowing up with the #releasetheSnyderCut, an attempt to get Warner Brothers to release the movie with the vision Snyder originally had. Finally, after four years, on March 18, 2021, “Zack Snyder’s Justice League” was released on HBO Max. Clocking in at a whopping four hours and two minutes, “Zack Snyder’s Justice League” is Snyder’s director’s cut of the movie.

Already regarded as the definitive version of “Justice League,” Snyder’s version goes far more into depth on the main characters: Batman, Wonder Woman, The Flash, Aquaman, and Cyborg. Superman appears in this movie too, but he gets substantially less screen time due to him not showing up until about the three hour mark.

The sudden focus on the different characters is a much welcome addition especially for character’s that have yet to receive solo movies such as The Flash and Cyborg. Most notably, The Flash has a much different character arc than in the first movie. In the original movie, The Flash was a new hero, not yet confident in his abilities, so he never really did anything outside of saving a family in a truck. In this new and improved version, The Flash does so much more, including (spoiler alert) time travelling.

While this new cut has shown much improvement in its heroes, it is widely known that a superhero movie is only as good as it’s villain, and this updated version is a massive plus in the villain department. In Snyder’s cut you have the original villain, Stepan Wolff, but he has been updated in his look, definitely improving from his original. Furthermore, the movie introduced a new villain in the form of Darkseid. While he does not get as much screen time besides an epic fight scene in the middle of the movie, the mere inclusion of Darkseid gives the main villain (Stepan Wolff) new character, and actual motivation, something the original movie lacked in.

With the release of this new director’s cut of “Justice League,” many have been left wondering what kind of hidden gems we could uncover through extended director’s cuts. While we do not quite know for sure yet, experiencing a director’s vision fully realized could be a cinematic experience in itself.