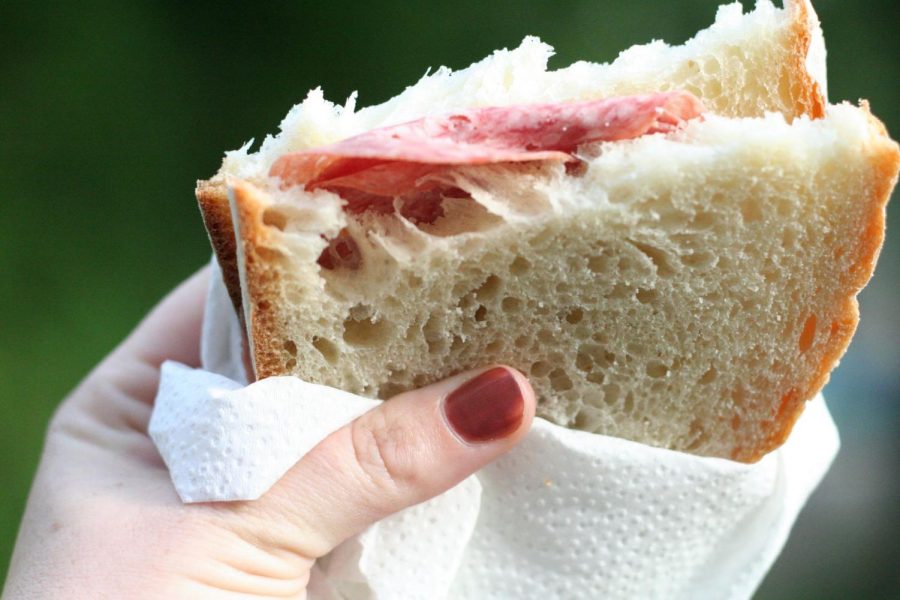 I’ve finally processed those reports about nearby troops you asked for. I went undercover, posing as a lame “reporter.” In determining whether they were friend or foe to our cause for normal and flavorful sandwiches, I received back mixed results. I understand times are changing and our enemy’s numbers grow in what many call the War on Treason, so I have compiled each individual’s name, threat level, and my personal analysis.

Although rare, I did find allies in the field. In Mr. Willard, our team has discovered a strong ally for years to come. I faced resistance when his first answer to my interrogation was “That’s the broadest question ever,” but after a few softballs I managed to get on his side and behind his front. He eats a barbeque brisket grilled cheese sandwich, with just enough flavor to satisfy anyone. He truly does lead by example.

My personal favorite, Burnell’s sandwich consists of turkey, provolone, and mayo. Simple, but effective. I am slightly concerned that this could lead to experimenting within and adding “something new,” however I suggest we do not look to the future when we are waging a war on the present.

I truly understand where Covington (11) is coming from. He was raised properly, just in the wrong location. A man who has never heard of provolone cheese is no man at all. However, I think a simple introduction to this masterpiece is all it will take — if he resists, then he is the enemy. Imagine the look on our Italian ancestor’s faces when he tells them to bring back “American Cheese.” Hint: He won’t look smart! As long as Covington accepts our advice, he is nothing to worry about.

Castro (11) has been seen with the enemy, similar to everyone else. However, her sandwich taste really confuses me. Out of all the sandwiches in the world her favorite consists of peanut butter and jelly, with strawberry filling. It’s not bad, and we can still consider her our ally, but it’s just odd to me why that was her pick. I’ll let you know if I ever find out. As for Ms. Cabeen, she is a creative mind letting loose — dangerous, but nothing of note if we remain friendly. Ms. Cabeen eats a shrimp fettuccine BLT, and described the process as follows: “You toast the bread, you put the BLT down here, you put another piece of bread that’s toasted, then you put the shrimp on top and cut it in half… I love to experiment in the kitchen.” Suspicious and scary, but as resillient sandwich supremacists I suggest we stand our ground.

These three are not very dangerous on their own, but when combining their efforts, they are nothing short of vicious. Berroud (11) does not think turkey sandwiches are good. Ammons (11) eats a ham sandwich — with nothing else on it! Even worse… sometimes you’ll find him picking one up from Subway! Lastly, we are all very familiar with Harris. He started a joke that all sandwiches should “cease to exist.” Now, he’s created a movement. Behind him, Berroud and Ammons provide the support Harris needs to wage war successfully. We must put a stop to this, sir…before it’s too late.