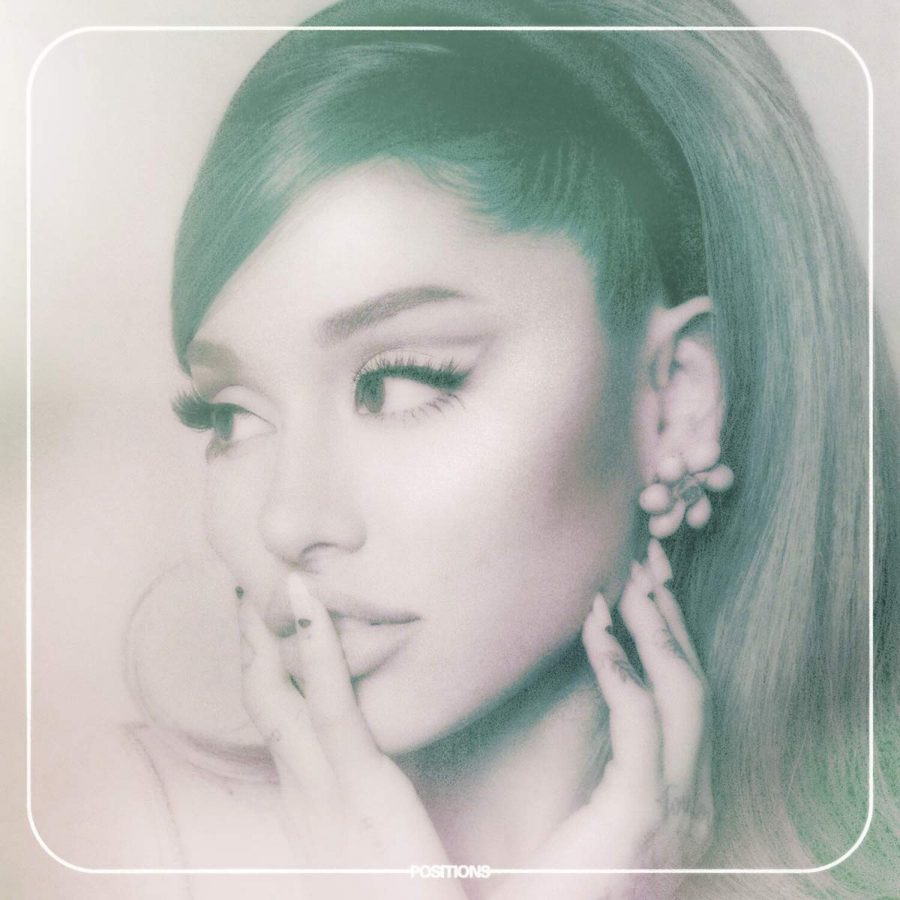 On October 30th Ariana Grande released her sixth studio album titled “Positions.” The album branched off from her normal style by incorporating R&B sounds, fluttering melodies, and quick changes of tempo. Said to be her most explicit album, the record expresses her exciting new relationship, previous flings, and the idea of finally feeling true love.
The album starts off with the track titled “shut up,” a callout that tells her haters to just simply shut up. The song starts with a chorus of strings that lead into the first verse. Described in the verse is Grande’s feelings towards the criticism she receives on a daily basis. Grande sings “How you be using your time? You be so worried ’bout mine?” The song ends with a smooth transition to the next track by using the same strings from the intro.
With a quick key change comes the third track on the album “motive” featuring artist Doja Cat. With a solid snare beat and subtle bass repetition, the song expresses the excitement and confusion of getting to know a significant other. Produced by Murda Beatz, the track keeps an upbeat tempo throughout the entire melody. Towards the end of the song, Doja Cat provides a smooth rap verse that compliments Grande’s falsetto vocals. Throughout the verse Cat parallels her lyrics back to Grande’s by stating, “ ‘Cause you fightin’ some war, baby. Well, I had to bring the fists out, had to put a wall up. But don’t trust phonies, baby. You gotta tell me, what’s your motive, baby?”
The sixth track of the album, “safety net,” displays a change in emotion from the previous songs on the record and discusses the feeling of “falling” into a new relationship with caution. The first verse is made up of Grande’s concerns of starting a new relationship and using validity to determine if the love is worth the pain that could occur. Ty Dolla $ign follows Grade’s first verse with the third and final feature on the album. $ign’s verse goes hand in hand with Grande’s as a sort of duet as he eases her concerns and replies to her worries. $ign states, “Let your guard down, girl. You know we came too far now, girl. It’s timе for you to play your part now.”
A slight increase in the tempo and addition of a tambourine comes the ninth track “love language.” Back in a cheery mood, Grande sings on the flirty romance she has just entered. The chorus set the mood for the song by stating, “If you’re gonna keep speaking my love language. You can talk your sh*t all night. You the medication when I’m feeling anxious. That’s the kind of sh*t I like.” Grande expresses how she has finally found someone who loves her the right way. The whole album is centered around finding true happiness in a relationship and this song definitely conveys that message.
To close the album on the fourteenth and final track, ”pov.” Grande shares her struggles of self image and self love. On the chorus Grande sings, “I wanna love me. The way that you love me. Ooh, for all of my pretty and all of my ugly too, I’d love to see me from your point of view.” Throughout the whole album Grande shares her excitement and joy of being in love again and finding happiness, however on “pov” she allows herself to be vulnerable and mentions her struggles even during a strong relationship.
Ariana Grande continues to outshine herself with every record she releases. “Positions” debuted at number one on the Billboard 200 chart, 174,000 album-equivalent units in its opening week. Every song on the album hit the Billboard 100 chart, the week of its debut. 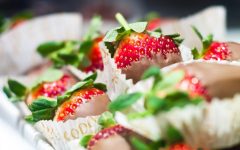