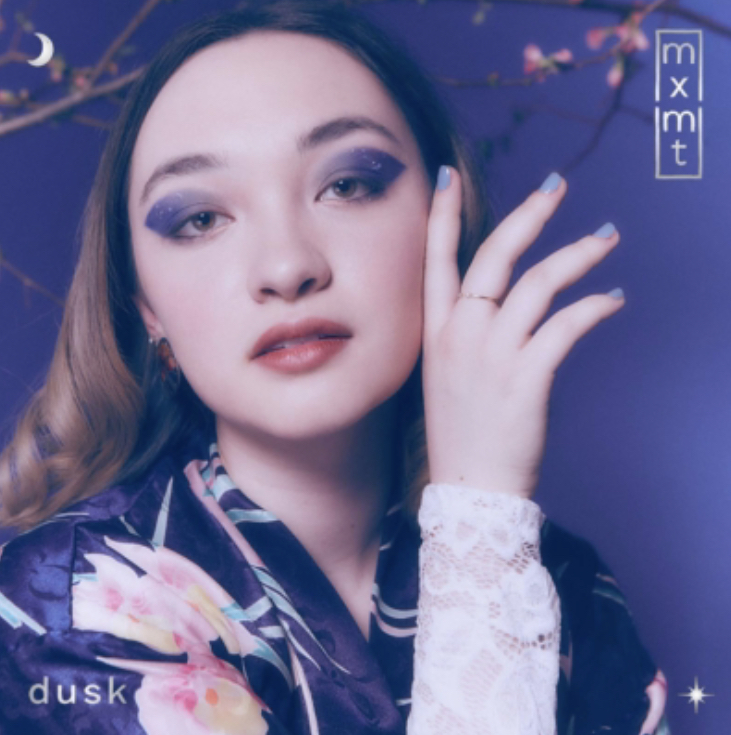 On October 1, Maia, better known as mxmtoon, released her second project, “Dawn.” Mxmtoon is an Asian-American singer, songwriter, and rising bedroom pop-star who composes indie music in her parents’ guest bedroom. Rising to fame after her song blew up on TikTok, Maia used the newfound platform to further dreams of music, launching her career.

Themes such as love, toxic friendships, and life as a teenager in general are explored in the album. “Dusk” contains eight songs, and each song has a different mood, depending which track you listen to. Some tracks sound upbeat and lighthearted while others have more of a melancholic vibe.

“Ok on your own” adds a chill, pop-like vibe to the album, with a feature from pop singer Carly Rae Jepsen.

“And I hate to leave you feeling all alone, but your story cannot begin until you’ve grown. You can find how to be okay on your own, I just can’t be the one who makes you feel at home.” mxmtoon sings. Through this song, Maia tells a narrative of cutting off a toxic friendship. Based on the lyrics, it appears that she has a codependent friend that drains her of her individuality. With it’s bedroom pop esque feeling and beautiful vocals, “ok on your own” is a great song. This song appeals to mxmtoon’s younger audience due to its relatability, as lots of teenagers deal with being in toxic friendships and the guilt of cutting bad people off.

During a global pandemic, many teenagers may have dealt with increased anxiety. People may find comfort in a close friend or loved one, and this song perfectly reflects that. “Though everything’s been broken, you’re complete. When everyone’s gone sour, you’re so sweet,” mxmtoon states. The lyric expresses in such a chaotic and unpredictable time how mxmtoon finds solace in her lover.

In “show and tell”, mxmtoon sings about the emotional hardships of a teenager during a global pandemic. “Just want a break, my heart seems to ache. I’m craving some normalcy,” she sings, expressing how many of us feel; lonely, tired, and missing life before quarantine. The song perfectly captures the feeling of how everyday seems to repeat itself.

“Show and tell is getting more mundane. No life to live and share, and it all feels so unfair.” It’s easy to relate to the song, especially during a global pandemic, as the track is about how life seems to be getting more mundane as quarantine drags on. Teenagers who are struggling with their mental health during a pandemic may feel comfort in knowing they aren’t the only one struggling.

Overall, “Dusk” is a great album because of its variety of moods, exploration of themes, and catchy songs. The songs feel real, open, emotional and honest. Many teens will be able to emphasize with mxmtoon’s music, as her songs are about different things teenagers go through. With relatable tracks, beautiful vocals, and heartfelt lyrics, listeners will lose themselves in mxmtoon’s music.