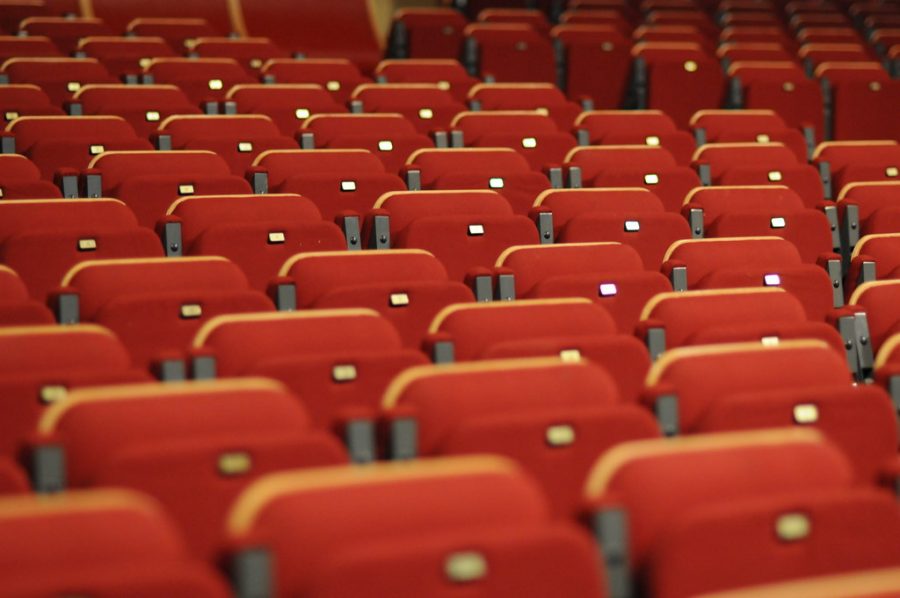 “Theatre seats” by sk8geek is licensed with CC BY-SA 2.0.

2019 was a fantastic year for movies. There were so many landmark films last year that it may even be one of the best years for movies in the past decade. This has left many to wonder if it is even possible for the films of 2020 to compete with hits such as Avengers Endgame,  Marriage Story, Parasite, Once Upon a Time in Hollywood, and Joker. Despite having the bar set so high by last year, 2020 has an exciting lineup of films to be released. Here are a few films to keep your eyes out for this year.

The Call of the Wild

The legendary novel’s adaptation is being adapted into film for the fourth time. This adaptation looks to be very promising. The movie is being directed by Chris Sanders, who previously worked on Disney’s “Lilo and Stitch” and Dreamworks’ fantastic “How to Train Your Dragon”. The cast has some serious star power with Harrison Ford playing the titular character John Thorton. The movie releases later this month on the 21st of February.

Disney and Pixar have been on a roll with their recent releases. Last year’s Toy Story 4 was well received, adding yet another chapter to the Story of Toy Story. This year Pixar is ready to kick 2020 off with the release of a new IP; Onward. The film will follow two brothers (played by Tom Holland and Chris Pratt) on a journey to revive their late father for one day.  The movie will be released on March 6th.

No Time To Die

Cary Joji Fukunaga will be directing the newest Bond film. The film is set to follow James Bond after the events of 2015’s Spectre. The story will pick up with Bond being retired and replaced in the agency. He is forced to return to action when a cult threatening global takeover emerges.The newest addition to the James Bond franchise comes April 10th.

Marvel’s highly requested and anticipated Black Widow solo film is finally within reach. The movie will follow Black Widow prior to the events of Avengers: Infinity War, so yes she is still dead. The film will follow Natasha as she reunites with her family in Russia to take down Taskmaster; a master mercenary. The movie has a lot of viewers curious as to how the film will tie into the larger cinematic universe as a whole, since last time Natasha was seen on screen was her death. Movie goers will be able to see the film on April 24.