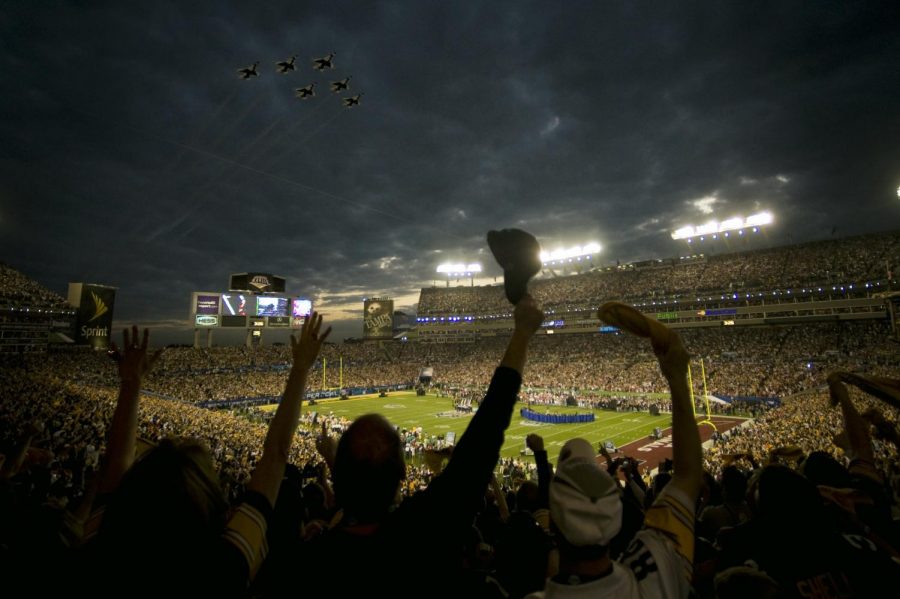 The Super Bowl has come and gone, but the excitement of the infamous commercials are still fresh in people’s minds. Every year with the “Big Game” comes the opportunity for companies to promote their brand to the millions of football fans that tune in every year.

Starting off strong in the first quarter of the game, an election ad from Donald Trump made a predictable appearance. The ad showcased all that President Trump has done during his four year term and ends with him asking for votes for the upcoming Presidential election in November.

In the second quarter, Sabra, the hummus brand, managed to include a spectacular of internet, music, film and television personalities, 19 in total, in a span of just 30 seconds. The spectacle included TikTok star Charli D’Amelio who has amassed more than 25 million followers on the platform. Also included in the commercial was Meg Thee Stallion, Rick Flair, Miz Cracker, Becky G, and many more.

During the third quarter, the annual Bud Light commercial finally made an appearance. The commercial included well known R&B singer Post Malone. The ad showcases the new product from the brand, a seltzer. In the promotion, Post Malone walks into a gas station to obtain some Bud Light beer. During the ad, Malone sees the new seltzer released by the brand and can not decide between the seltzer or the beer. Malone ends up destroying the store in his quest to make a decision. Eventually, to end in a witty manner, Malone realizes that he can buy both the seltzer and the beer due to his levels of success.

Lastly, in the fourth quarter, the Disney Plus streaming service teased new series surrounding the Marvel Cinematic Universe (MSU). The commercial showed three new shows surrounding some main characters either before or after the events that took place after the most recent movie in the series, Endgame. The new shows include: The Falcon And The Winter Soldier, WandaVision, and lastly a glimpse at the Loki series. The advertisement excited fans all across the globe with the promise of continuing the beloved MCU.