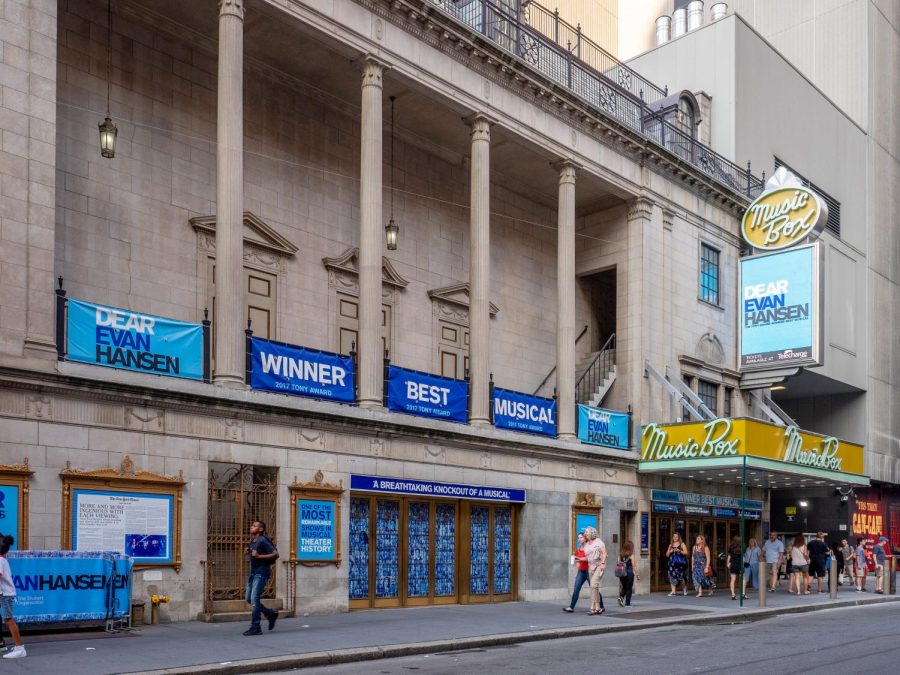 Dear Evan Hansen was an absolute delight to sit through, complete with memorable songs, phenomenal acting and an amazing story, this show is nothing short of a quality experience.

While there were some pretty underwhelming and forgettable songs such as “Anybody have a Map” or “Break in a Glove,” the show easily makes up for it with it’s very memorable and impactful songs such as “You Will be Found” and “Waving through a Window”. None of the songs feel as though they’re intruding in the moment. The transitions into the songs never feel awkward, never has breaking into song felt more seamless and natural.

The story can seem a little stale at times, such as at the beginning of the second act. But, I never found myself bored with what was  happening, and a lot of this was due to the amazing acting. Stephen Christopher Anthony, the actor who portrays Evan Hansen, really captures what anxiety can feel like in a high school environment.

After an unpopular boy named Connor commits suicide, a series of coincidences puts Evan in an unusual spot. The things he does would make him seem like the antagonist in any other story was what made him such a good protagonist in this story. Instead of wanting to scold Evan for his actions, I sympathized with him, and that is what gives this story it’s charm, there are multiple situations that many people can connect with.

Every element of this show is what makes this show one of the best in the last decade. With a substantial soundtrack, amazing actors, and moments that can very well bring you to tears. This show is a must see for any Broadway lover.