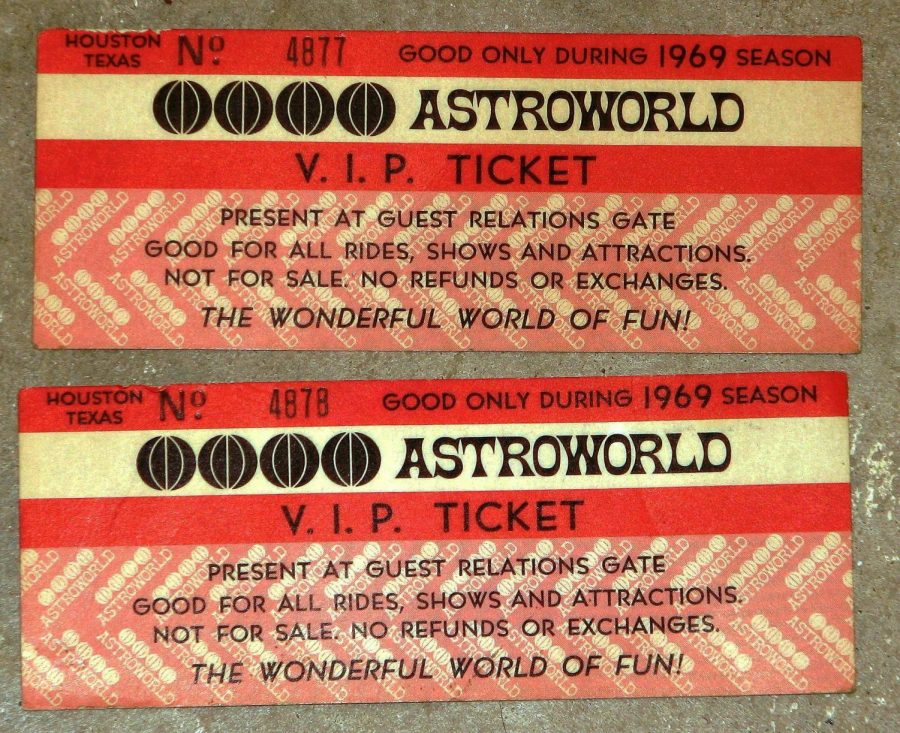 “File:1969 Astroworld Tickets Houston Texas.JPG” by Cristan.williams is licensed under CC BY 3.0

Travis Scott hosted his second annual Astroworld festival on November 9th. The festival took place at NRG park across from the original Astroworld amusement park. This year’s attendance housed more fans than ever with over 50,000 people. Although tickets sold out in September, NRG released more the day before the concert. Prices varied from $150 for general admission to $600 for the highest VIP ticket.

As a child, Scott enjoyed Houston’s amusement park, which influenced him to create a festival dedicated to the park. Many people stayed overnight or arrived early in the morning to buy Scott’s merchandise before waiting in line for about 2 hours trying to get to the front of the stage. Fans ran in with such excitement, that some ended up in the hospital after the mass stampede.

Scott left his fans “Stargazing” when Scott published the line up on his social media accounts.The line up featured a diverse set of performers ranging from artists like Marilyn Manson, Pharrell, Migos, and surprise guest Kanye West.

Senior Olexia Vasquez attended Saturday’s festival for her first time, and considered it a fun experience.

“There aren’t any words to describe it,” Vasquez said. “I was excited to see Migos, and of course Travis.”

Sophomore Mia Torre attended the festival with some friends in hopes of seeing Travis Scott perform.

“It was extremely fun, but it was so packed that you could barely move,” Torre said. “I would definitely go again.”