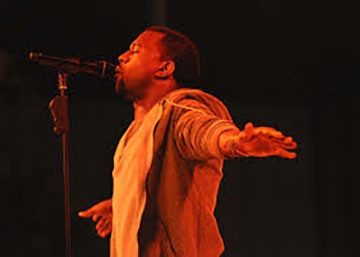 From rapper, entrepreneur, and now church owner and pastor, Kanye West seems to expand his list of occupations everyday. With such a long resumé, it seems like he can almost do everything. In January of 2019, West decided he wanted to start a church service to help himself and his family grow spiritually.

Each week, West hosts Sunday services for his family and celebrity friends at a different location. The service features a diverse choir, special appearances by famous celebrities, and sermons written and preached by Kanye West himself.

The media often portrays West as self centered, but he has set out to change that view. Many fans did not believe in West’s capability to run a religious service, but the celebrity proved them all wrong with his dedication and devotion.

West’s Sunday service became one of pop culture’s many phenomenons that continues to grow in popularity.  The services are highly restricted to the public but anyone can watch them live streamed on Instagram and Twitter.