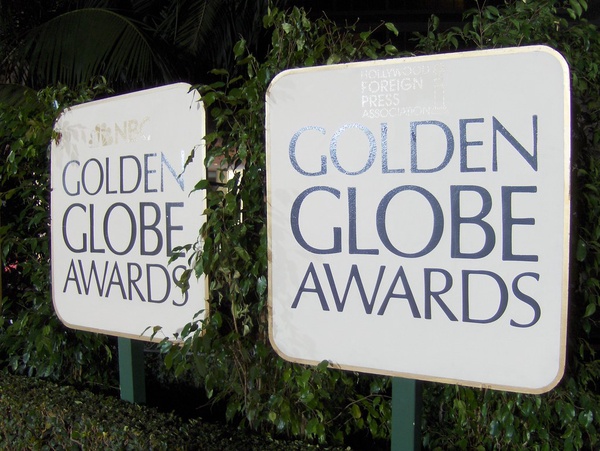 “Golden Globe Awards” by Joe Shlabotnik is licensed under CC BY 2.0

Andy Samberg and Sandra Oh hosted the 76th annual Golden Globe Awards on January 6. The night rolled out dozens of memorable moments and surprises for the audience, both comedic and emotional.

The first part of the night, the red carpet, held the first big surprise of the night. The model handing out Fiji waters on the red carpet, Kelleth Cuthbert, managed to get in the background of nearly every celebrity photo. The PR stunt instantly became a meme and blew up online. Cuthbert gained tons of attention and has joked that she would love to host an awards ceremony like the Oscars one day.

Going into the night, many people expected Bradley Cooper’s A Star is Born to come out with at least a few good awards, specially Best Motion Picture (Drama). However, Bryan Singer’s Bohemian Rhapsody ended up winning not only Best Motion Picture, but also Best Performance by an Actor (Drama) for Rami Malek.

Andy Samberg and Sandra Oh, as most hosts do, did their best to make the night fun and memorable for the celebrities and viewing audience at home. The biggest moment being the surprise flu-shot gag. Oh and Samberg announced to the audience that, since celebrities rarely had free time, they should just get their flu-shots now. Fake doctors came out with syringes offering shots to a crowd of obviously nervous and uncomfortable celebrities. Of course, the shots did not have anything in them, but the audience had no idea.

Sandra Oh not only co-hosted the ceremony, but she then also won the award for Best Actress in a Drama Series for her role in Killing Eve on BBC America. This win made Oh the first Asian performer to ever win multiple Golden Globes, and provided an adorable moment of her dad giving her a standing ovation as she accepted her award. In her emotional acceptance speech, Oh thanked her parents and acknowledged the increase in racial and gender representation at the awards. She then said she agreed to host despite her stage-fright because she wanted to look out into the audience and “witness this moment of change.” Oh didn’t just win Best Actress that night, she won the hearts of nearly everyone who saw her speech.