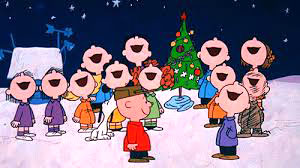 Every year, thousands of holiday classics make their way to theaters and televisions worldwide to celebrate the season of giving. These ten movies will undoubtedly put any holiday Grinch into the Christmas spirit. Grab some hot cocoa and popcorn, and get ready to binge these top holiday movies.

The Nightmare Before Christmas

This Halloween and Christmas combination was made part of millions of holiday parties when it debuted in 1993. Throughout the years, this movie commences many into the holiday spirit at the end of October. Although many say one must wait until after Thanksgiving for  Christmas movies, millions of families worldwide join every fall to watch this unique classic.

How The Grinch Stole Christmas

This Seuss favorite became a classic throughout millions of homes all over the world in 1966 when it first aired. The story of the mysterious green grinch whose heart was two sizes too small remains an annual tradition for many and with a new remake of the original, it seems as if the story of Whoville will live on for many years to come.

This 53 year old Christmas classic never fails to put a smile on the faces of many, young or old. The movie about Charlie Brown and his pitiful Christmas tree provided meaningful life lessons such as “The biggest tree isn’t always the best tree” and to look for the bright side in everything. But one cannot forget the magical music that comes with the joyous 30 minute film, as the movie’s soundtrack became a large part of christmas playlists around the world.

Rudolph the Red Nosed Reindeer surely did go down in history in 1964 when this Christmas classic was released. The story of Rudolph, Clarisse, and the land of misfits became a part of millions of songs, clothing items, fake light up noses, and books shortly after the film was released, and the world has been obsessed ever since.

Most of the population is familiar with the film “Elf,” Will Ferrell’s breakout film. This comedic classic was made a holiday staple since 2003, and people cannot seem to get enough of the syrup-spaghetti eating, Christmas-gram loving elf known as Buddy.

This series took the world by storm in 1990, when the first edition made its way to TV screens all over the planet. The people loved the story of Kevin and his (lack of) travel troubles so much that they made four more movies throughout 1992-2012.

Frosty, quite possibly the most famous snowman ever, made his way onto the screen just one year short of 50 years ago. However, the definitive snowman with a flower on his hat and a pipe in his mouth would not exist if the song “Frosty The Snowman” by Jack Rollins made its debut in 1950, which inspired the movie to be created 19 years later.

This comedic classic arrived to theaters in 1983, and became a part of Christmas traditions for millions of families upon its arrival. The movie about Ralphie Parker and his desire for a Red Ryder air rifle forever holds a place in the hearts of millions worldwide, with a striking  box office lifetime total gross of over twenty million dollars. One can even stay in the home where it was filmed in Cleveland for up to $895 per night during the holidays.

This holiday comedy about a family trying to put together the perfect christmas arrived to theaters in 1989, and made its lasting worldwide impact since. This star studded film features  the infamous Chevy Chase, Beverly D’Angelo, Juliette Lewis, and Johnny Galecki, which many seem to believe caused the film’s popularity.

Many Cy Fair elementary students watched this movie during the holiday season and did many activities about the film. The film teaches many lessons that everyone can use in everyday life such as inclusivity, and not conforming to believe what everyone else believes. This film gained so much popularity throughout the years that the company has opened a replica train for thousands to enjoy.