Venom manages to feel like a blast from the past, while still retaining a fresh idea in the modern era of hero movies. Venom released on 5th October, 2018. The movie broke records for the top opening weekend for a movie released in October, earning a whopping $80 million internationally. Although Venom seemed to do well in theaters, many believed the movie failed in several areas.

The movie’s plot exist as one of the most overdone in the superhero genre. The story follows Eddie Brock, a failed reporter, as he deals with his newfound powers and struggles to take down the narcissistic and evil CEO responsible for ruining Brock’s life. Despite the generic plot, Venom manages to have itself carried by its star studded cast and their incredibly eye catching performances. The performances really shined in moments like Tom Hardy doing slapstick humor in a high class restaurant, or  interactions between Brock and Venom.

The humor, despite appearing in the best parts of the movie, manages to throw the viewer for a loop. In one scene Brock deals with a serious loss and in the next he is eating raw lobster to the shock of all those around him. Moments like this exemplify the movies poor writing, but the writing issues did not stop the movie from making the audience laugh.

Ultimately the movies enjoyment lies in the expectations of the viewer the movie shows itself as not that well made, but it still manages to really be enjoyable. Venom may not stand as a masterpiece, but just because something appears bad does not mean completely worthless; this movie has redeemable qualities. Personally the movie appears enjoyable, but its flaws did not go unnoticed. It had problems in many areas, such as the slow pace of the movie. Venom himself not appearing until forty-five minutes into the film. In some cases the movie”s cinematography can appear extremely lackluster. Issues like that could turn some people off from seeing this movie. The movie remains slightly above average, however I will not be spending my money on a second viewing. 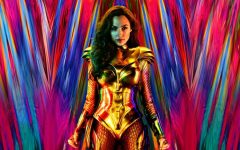