ward season has just begun. The biggest names in television attended the 64th Annual Primetime Emmy awards on Sunday, Sept. 23. Before they sit down on their assigned seats, before they announce the winner of each category, Hollywood A-List stars walked down the red carpet. Photographers and screaming fans snap pictures of their favorite on-screen actors/actresses wearing designer gowns, tai 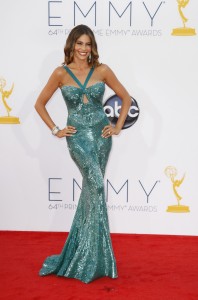 lored suits, hair and makeup done to perfection and lots of bling bling. The red carpet at the Emmy’s brought out the best in some and worst in others. Here’s my list for the best and worst dressed of television’s biggest night.

The Colombian bombshell showed off her sexy physique in an aquamarine Zuhair Murad sequined dress. The fitted dress truly emphasized Vergara’s killer curves. The 40-year-old actress experienced a wardrobe malfunction 20 minutes before “Modern Family” received the Emmy for Outstanding Comedy. Thanks to her emergency team backstage, Vergara’s dress survived. The dress, the jewels and the amazing body, perfect from head to toe.

Supermodel Heidi Klum leaned towards the sexy route for her dress selection.

The “Project Runway” host embodied a 1940s screen siren with her breezy and flowy Alexandre Vauthier dress. The high slit and the softness of the fabric made this look romantic, but also seductive.The mother of four showed no sadness on the red carpet due to her recent split with singer Seal. Only a true supermodel can pull off this dress. 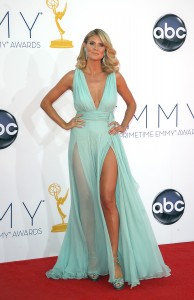 Funny gal Tina Fey usually lands on the worst dressed list every award season, but not this time.

Her strapless, plum-colored Vivienne Westwood dress fit perfectly. It complemented her dark brown hair and she showed off just the right amount of cleavage. The gold embroidered detail on top of the dress and her Roger Vivier clutch added the perfect touch to finish off the look.

Even though “30 Rock’s” last season premieres Oct. 4, there’s more to come for Fey. 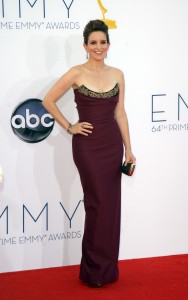 Although I’m a huge fan of her new blond pixie haircut, the shape of the dress, the floral print and how so short it was in the front made her land on the worst dressed list. Even the black Alice+Olivia by Stacey Bendet shoes, and the ruffles on the dress turned this look from bad to worse.

Every celebrity has their high and low moments on the red carpet. This outfit didn’t work what-so-ever.

Prints can either make or break the dress, and in Julianna Margulies’ case, the floral prints ruined the gown.

Shapeless, elderly looking and down-right ugly, what a shame.

The always entertaining Melissa McCarthy stepped out in something dark and somber.

Even though McCarthy co-designed this dress with designer Daniela Kurrle, the overuse of black and lace made this quarter sleeve dress too overwhelming. I would’ve loved to see McCarthy in something more vibrant and fresh. The Burberry-studded clutch bag, the Chopard earrings and her daughter’s own purple ring didn’t help the outfit at all.

McCarthy may make people laugh on screen, but this dress had nothing funny about it. 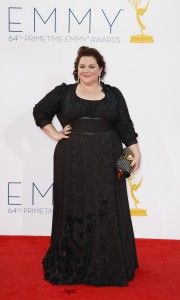