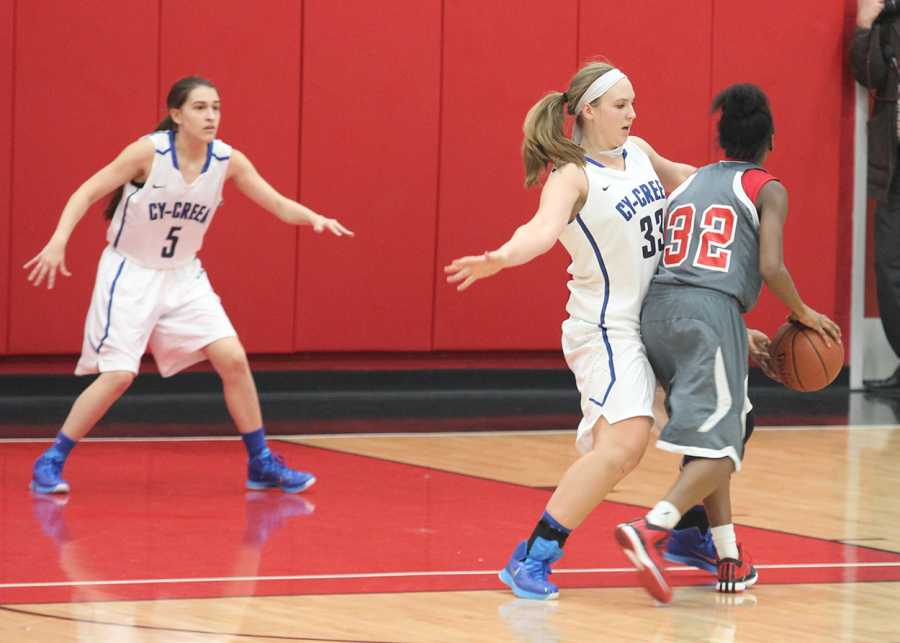 Seniors Caitlin Stephenson and Samantha Weimar prove the saying ‘those who can’t do – teach’ wrong. Because when they aren’t dominating the basketball court on Tuesdays and Fridays, they are in the gym coaching knee-high ballers.

Stephenson and Weimar both teach in the upper league at the Methodist Church on the same team. They coach a total of nine kids which consists of seven boys and two girls.

“I love coaching because I like teaching other kids basketball and why I fell in love playing,” Weimar said.

A year after Weimar began, Stephenson joins and started to coach alongside

Weimar on the same team. The two of them work together to improve their skills at basketball. As for the future, Weimar said she plans to continue coaching in the near future. While Stephenson has an option to choose.

“Coaching is fun and I might consider it as a career option,” Stephenson said.

Stephenson said she enjoys the rewards that come with coaching, for instance the way kids feel after learning a new technique.

“It makes me feel accomplished, like when a kid starts to get what I’m trying to tell them and they are successful in performing makes me excited,” she said.

One Response to “Coaching beyond”