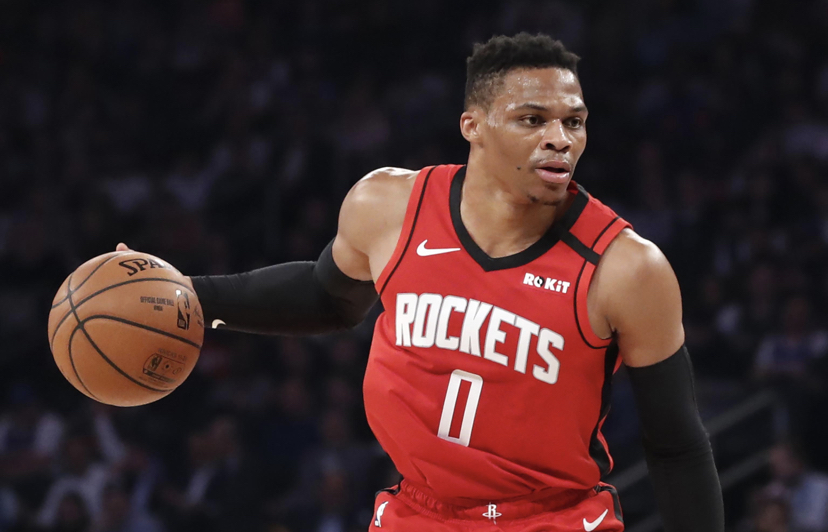 The Houston Rockets’ house of cards has finally fallen, after years of aiming to win but always coming up short. Team co-star Russell Westbrook had a problem explaining asking James Harden what he can do to stop a losing streak, because Harden did not respond well to criticism. Eric Gordon and Danuel House are unhappy over their roles, and P.J. Tucker is “irate” over his contract. But most important of all, the former MVP and nine-time all star Westbrook has officially requested a trade from Houston.
Westbrook, who was acquired from the Oklahoma City Thunder for Chris Paul and two first-round picks, had a rocky season. At first, his fit resembled a constant struggle of a player who did not know when to “take over” and when to defer. The confusion cost Houston several wins, but as time progressed Westbrook developed nicely.
However, the COVID-19 hiatus was detrimental to Westbrook’s season. A nagging hamstring injury forced Westbrook to miss half of the NBA’s seeding games — including the first four games of the postseason. The aftermath resulted in a negative impact on his on-court production, as he averaged 17.9 points (42.1% FG, 24.2% 3PT), 7.0 rebounds, and 4.6 assists inside the Orlando Bubble.
According to The Athletic’s Shams Charania and Kelly Iko, Westbrook informed the Rockets he was uneasy with the team’s accountability and culture — additionally, that he desires to return to a floor-general role rather than sharing the workload with a fellow ball handler.
The list of logical landing spots for Westbrook becomes limited due to this, many speculators predict an Eastern Conference team without a high-level point guard would be the best option.
Westbrook has majorly devalued his trade value with his objectively poor play, at least in comparison with his expensive contract. The trade last year to give up Paul would be highway robbery today. Finding a suitor for the star, when teams know you are selling low, will serve as a challenge for new Rockets general manager Rafael Stone. Anyone can see that winning now will be at the top of the team’s list, but the win-at-all costs approach has always led to few options when it comes to enhancing the roster in times of struggle.
If forced to grant Westbrook’s desire to leave Houston, things become much more complicated for first-time Rockets head coach Stephen Silas embarking on the upcoming season with little flexibility to improve the roster. Silas said last week that “you have to have multiple ways of playing,” which could entail “possibly having a bigger guy, a traditional type of center where you can roll to the rim, or duck in and do different things to where the matchups will be a little bit better and more traditional.”
With Westbrook possibly out of the fold in Houston next season, the team certainly can acquire more flexibility, but the plans will likely change once again, while the franchise’s commitment to chasing a third title remains.
“For the last eight years or so, our goal has been to win a championship because we had James Harden,” Stone said. “We’ve still got James Harden. Our goal is still to win a championship. If you’ve got him, you’re halfway there.”