Swinging into the New Season 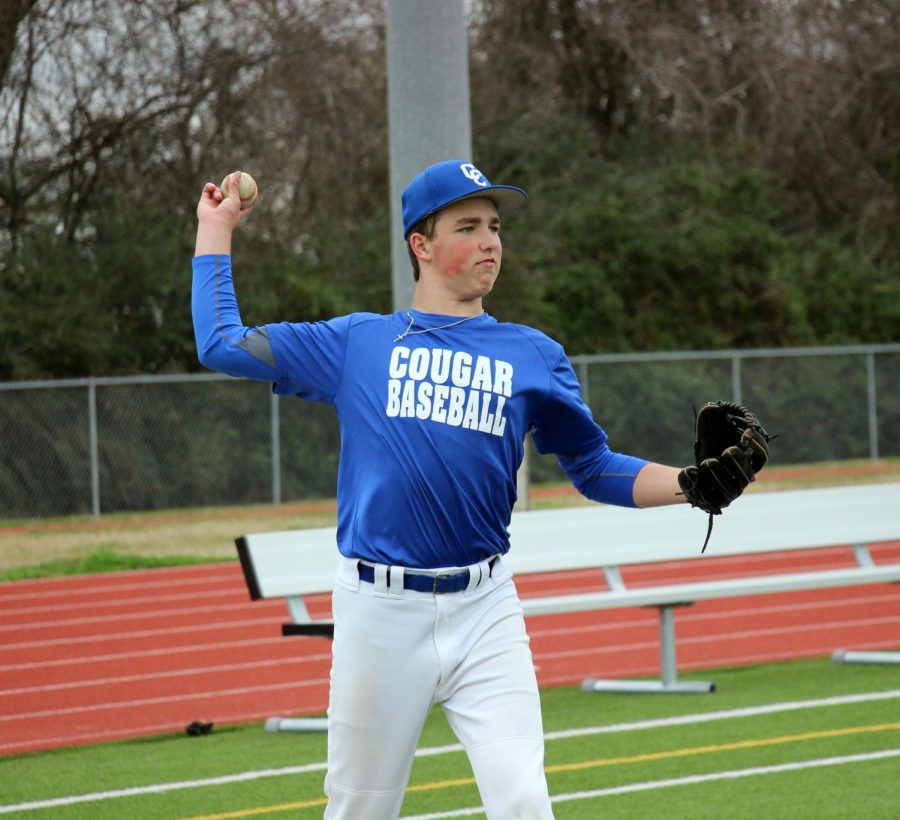 As baseball tryouts approached quickly, students were trying their best to step up their game. Tryouts took place on January 25 and 26 and freshman Barret Davidson is only one of the many freshman who tried out. He said he was super excited and prepared for the try outs.

“I feel confident about the try outs,” Davidson said. “All I need to remember is my play style and tactics.”

Davidson has plenty of motivation to strive to make the team and play at a high level. Davidson’s motivation could be the key to him contributing to the team and making their season worth the while.

“My friends and family motivated me to try sports and try something new,” Davidson said.

Even though it is the first time, Davidson is playing in high school, it’s not his first time playing baseball. Previously, Davidson has played the position of shortstop and was looking forward to trying out for the same spot.

“I go to a open field nearby and focus on my throwing and batting skills.” Davidson said.

Coach Erin Bryant, the head of the baseball program, has high expectations for the students who are interested in trying out.

“Our guys have to compete,” Bryant said.  “They have to be mentally strong. Baseball is a very cerebral game and if you are not mentally tough, this game humbles you quickly.”

Bryant’s goals for the team are simple, win State. Bryant is expecting no less than the District Championship.

“Our goals don’t change. We expect to be a Top 2 seed and compete for a district championship,” Bryant said. “From there we look to go at least 3 rounds deep as we play for the program’s first State Championship.”

5 Responses to “Swinging into the New Season”

Swinging into the New Season