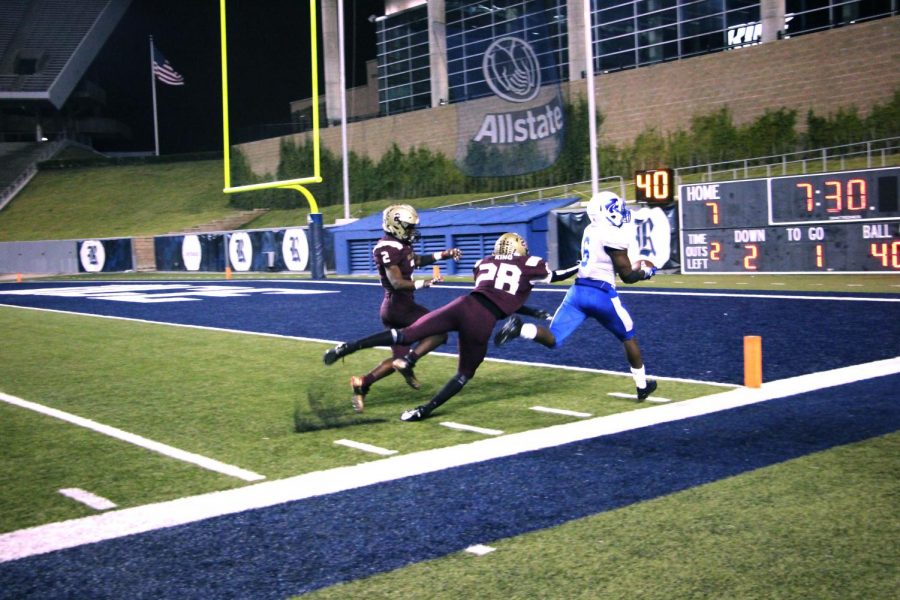 After a 0-4 start, the Cypress Creek football team came up from the bottom on their playoff run. The team plays in the Regional final against Beaumont Westbrook Saturday, December 8 at 2:00 PM.

Cypress Creek has never gone to the 4th round of playoffs, but have won six of their last seven games. Senior Quarterback Julian Brown, has a lot of confidence in the teams chances.

“I am very proud of my team, we made a great comeback and we have come a long way,” Brown said. “ We have made it this far so why stop now.”

Throughout the season, many doubts came upon the team but they kept their mind on the goal. Brown said him and his teammates knew their full potential and that helped them throughout this run.

The defense for Cypress Creek has had exceptional performances in the previous three playoff games. Senior cornerback Arzeviur Richardson says that the team has to keep its composure on that side of the field.

“If we do not give up big plays on defense it gives us a great chance,” Richardson said.

With all of the ups and downs, the team has grown a bond together which will help push them through to the end.

“We have gotten closer as brothers over the season,” Brown said. “ We have all the talent in the world,  just got to use it to our advantage.”