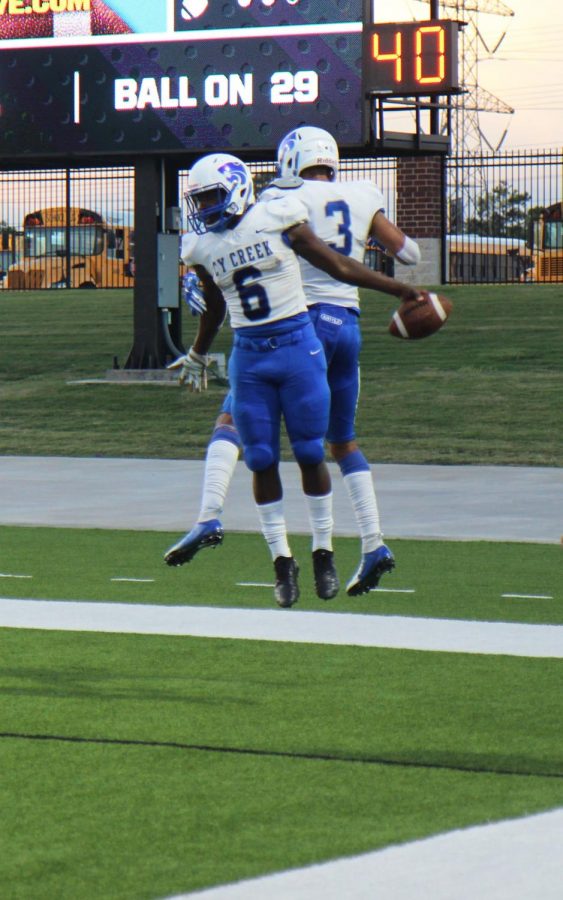 The Varsity football team made it to the playoffs for the first time in four years. Winning against Memorial on Friday night, they earned their rightful spot in playoffs. The Cougar boys made a complete turn around from the  0-4 start and now the school remains anxious to see what will happen next. Senior quarterback, Julian Brown, can not wait for playoffs and has a lot of confidence in his team.

“I feel overjoyed because this is most of our first time experiencing the playoffs,” Brown said. “We just gotta go out and make a good impression for ourselves.”

The Cougar boys put in a lot of hard work to get to where they are now. They have come a long way and have grown as a team. Brown wants his team to work together and make it as far as they can in playoffs.

“I expect us to extend our season as far as we can,” Brown said. “We will keep working hard and fighting but also just take it one week at a time.”

Cy Creek has one more district game where they will play against Cy Fair on November 9. After that, playoffs will begin and the boys will take on new teams. Senior wide receiver Anthony Escobedo believes that the team’s hard work will pay off.

“There was a lot of hate and people didn’t think we were going to win,” Escobedo said. “But we’ve worked hard to show everyone what were really made of.”

In playoffs, Cy Creek will play teams they have never played before which some players believe will be the most difficult part. The team plans to remain united and try as hard as they can to advance in playoffs.

“It’s going to be a new experience,” Escobedo said. “As long as we work as a team anything is possible.”