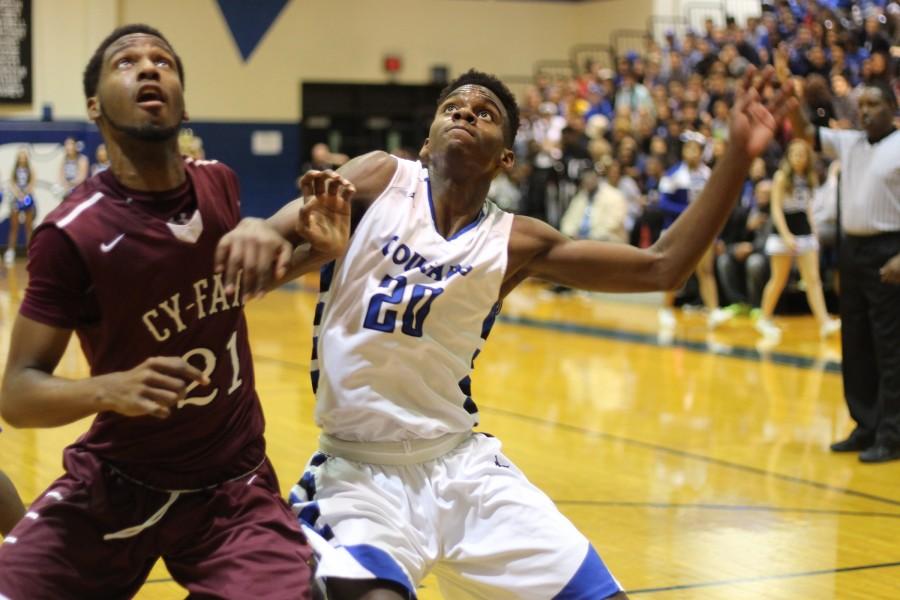 Coach Dan Trocquet, in his second year as varsity basketball coach, impacts the players according to senior Jaivon Gordon.

“Really it’s like us playing as a team and going out there and leaving it all on the floor and having a good coach, as good as Coach Trocquet,” Gordon said.

Other players see the change in leadership positively as well, like senior Cameron Ellis.

“We’ve been improving since previous years because you know, Cy Creek basketball hasn’t really been good for a while, and we’re kind of taking steps to make the program a lot better,” Ellis said.

The team and their coach also grew closer this year causing their record to go up to 6-5 according to junior Alex Witherspoon.

“[Our success] has to do with team bonding and a lot of the coaching Coach has put a lot of work into us, because he cares a lot about what we do,” Witherspoon said. “And not only basketball off the court too, so mainly coaching.”

Some team members have known each other and played together previous to high school.

“[My seventh grade year] I had just got off crutches, and I met one of my teammates now, Davon Berry, and he got me into basketball and here I am today,” Witherspoon said.

From seventh grade to senior year, these boys have learned to play as a team.

“I love those guys. I’m with them every single day, and we go to war in practice,” Ellis said.

The varsity boys will take on Langham Creek Friday, Feb. 11, at 7 p.m. in the performance gym.