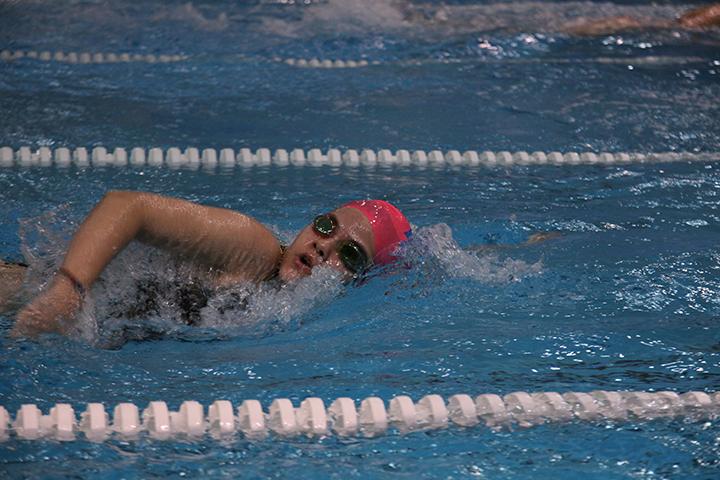 The swimmer bobs their head above the water to take a breath and hears their teammates’ screams helping them them keep pace with their opponents.

Back under and silence again, motivated to reach the wall first. For them. For their team.

This paired with burning muscles, strong team bonds, and the will to win paints the picture of the swim team.

According to senior and captain Todd Coachman, the team bonds over their long practices by finding new ways to entertain themselves with inside jokes.

“They’re like a second family to me. I’ve known a lot of the boys since before high school and a lot of them coming into creek,” Coachman said. “We became incredibly close.”

Senior and swim captain Tara Howard said the team supports each other by helping one another swim to their best ability. 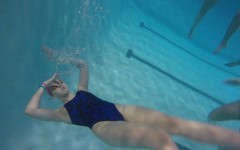 Although, the team’s relationship can be described as close-knit, swimming team still competes individually (relays excluded), which means they compete for themselves and not just for their team.

“I like that it’s completely individual, and when you wins it’s all about you,” Howard said.

At district competition, the boys placed second and the girls placed third, which they achieved by practicing for a minimum of eight hours per week, many going beyond with their club practices.

“It’s one of those things that you have to do it because you love it, not just because you want to stay in shape or something like that,” Coachman said. “[The best part is] probably the fact that you’re in your own head a lot of the time. It’s just you. You control your own destiny more than other sport.”

2 Responses to “Swimmers work together to keep each other afloat”