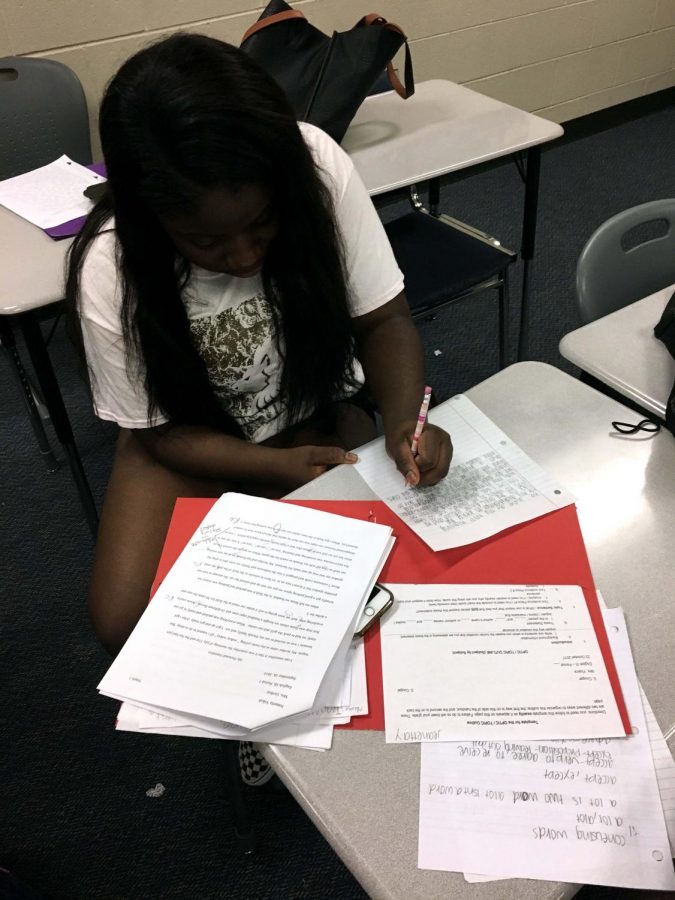 English IV students now have the opportunity to enhance their college essays. Teachers began to realize that students have not used what they have learned in their past essays.  However, English IV K and on-level English classes teach the students about the college essay.

Mrs.Curlee and the rest of the English IV teachers decided to make the change because some of the students’ personalities did not show in their essays.

“We started about 6 years ago when we realized kids weren’t voicing their writing,” Curlee said. “ And on the college essay that is most important.”

Before English IV started teaching students how to write college essays, students would  skip over the essay portion since some schools make it optional. However, they have learned when colleges say optional, they mean necessary. Students still did not take the essay seriously, even though universities actually considered this part of the application in acceptance.

This change did not affect the number of students going to college. However, the change did help students who later used this information for scholarship essays.

“It gives them good training for writing scholarship essays which are very much the same as college essays,” Curlee said.

Students now have the ability to tell their story in college essays, which helps colleges know what type of student they are  accepting to their school. Colleges want to see personality in the applicant’s paper, which teachers hope students do with their writing skills that they learned in high school.

“We needed to teach them to access something and how to tell their story,” Curlee said.